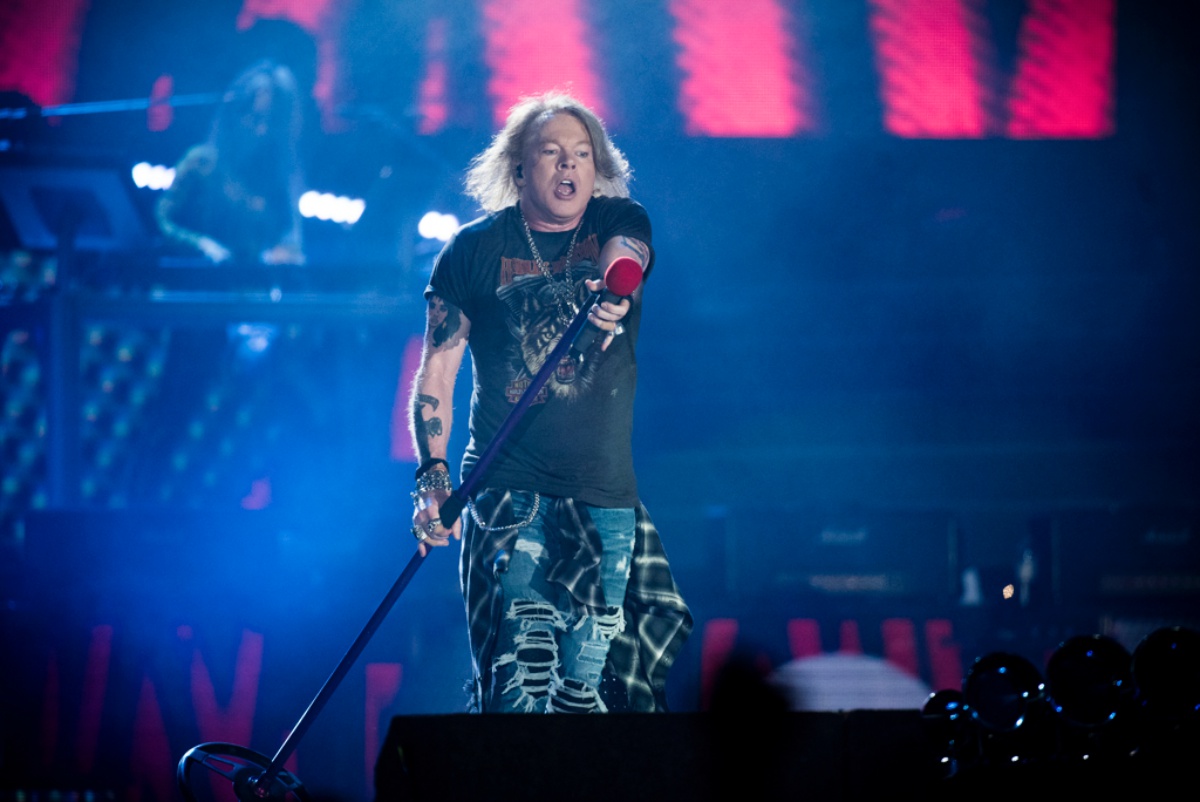 In their upcoming re-issue of their album Appetite for Destruction, Guns N’ Roses have decided to remove their track “One in a Million” from the lineup, because of the racist and homophobic language in the songs.

The lyrics in question, uncensored, are:

“Police and niggers, that’s right / Get outta my way / Don’t need to buy none of your / Gold chains today.”

Back in 1989, Axl Rose addressed the song’s lyrics in Rolling Stone saying the language was influenced by African American con artists in Los Angeles.

He told the magazine: “Why can black people go up to each other and say, ‘n*****’, but when a white guy does it all of a sudden it’s a big putdown? I don’t like boundaries of any kind. I don’t like being told what I can and what I can’t say. I used the word ‘n*****’ because it’s a word to describe somebody that is basically a pain in your life, a problem. The word ‘n*****’ doesn’t necessarily mean black.”

Later on the next year he said, according to the Independent, “Rose said that the track stemmed from his anger about ‘some black people that were trying to rob him’ so he wanted to “insult those particular black people” as for the part about immigrants, Rose said: “A lot of people from countries like Iran, Pakistan, China, Japan, et cetera, get jobs in these convenience stores and gas stations. Then they treat you like you don’t belong here” and the “f***** line came from Rose’s ‘very bad experiences with homosexuals’.”

In the same Rolling Stone interview, Rose claimed that as a teen when he was hitchhiking, he crashed at another man’s hotel and that man tried to rape him. While Rose has the right to deal with his trauma through his music, it is important to recognize that just because another man tried to rape him, doesn’t excuse what he says, especially the line “or spread some fucking disease” which is clearly an allusion to AIDS.

Being gay doesn’t make you a predator. Predators can exist in anyone regardless of gender, race or sexual orientation. Especially someone who is picking up teen hitchhikers in the early 80s.

Slash, the guitarist for Guns N’ Roses, who is half-black (his mother is African-American) at first said to Rolling Stone in 1991, that he didn’t regret doing “One in a Million,” but “I just regret what we’ve been through because of it and the way people have perceived our personal feelings.”

Later on, however, he said, “I was offended. That was a brash, ignorant kind of statement Axl made. I knew where he was coming from, once he explained it, but that didn’t validate it to make it worthy of putting on a record. We had issues. But the more issues we had, the more adamant he was about putting the song on there. I was hugely embarrassed that it was on something that my name was on. It was a tough little period.”

Now I know there are a lot of people, white and black who stand by John Lennon’s “Woman Is the Nigger of the World” song. Now me, I personally find the song to be good, but the reason for the use of nigger to be so white-feminist that it actually amuses me more than offends me as a black woman. It is a perfect example of stripping the cultural history from the word and then using it to mean, basically every oppressed group, when not everyone is called a nigger.

But, that at least was done with some sort of introspection and took inspiration from Zora Neale Hurston’s Their Eyes Were Watching God, the line “De nigger woman is de mule uh de world.” An attempt was made. That’s not what Rose was even trying to attempt to do.

Axl Rose used his music, in this song, to promote homophobia, racism, and xenophobia. Hopefully, this is a sign that he has properly outgrown his thinking.