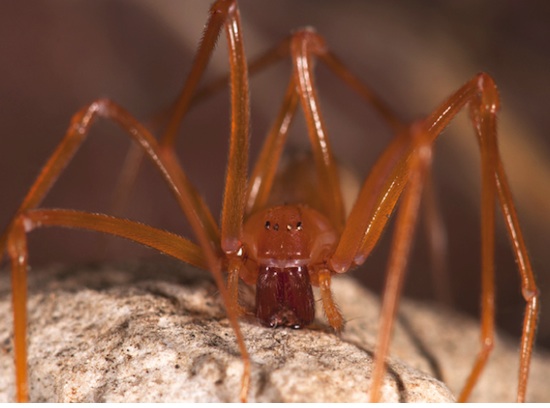 You guys, there is a new kind of spider now, and it is awful and terrifying! Like, even more so than standard issue spiders on account of its raptor-like claws (closeup after the jump, and also in nightmares that will haunt you forever). Trogloraptor marchingtoni lives in caves in Southwest Oregon, where it hangs from ceilings on primitive webs, presumably scaring the hell out of anything that passes nearby.

Ripped from the pages of the Monstrous Manual, the awesomely named trogloraptor is a little bigger than a half-dollar coin. While it’s not yet understood how the spider feeds — after all, it’s only been known to exist for the last couple of months — one can safely assume that its huge claws have some part in the process. 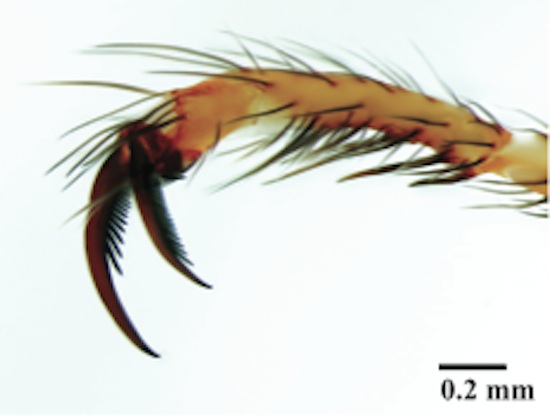 I mean, who evolves claws like that to not murder things with them? Nobody, that’s who. Also, its poison glands probably get involved at some juncture, because what’s the point of having poison glands if you don’t use them to poison things, right? At some point you’re just showing off.

Trogloraptor was discovered by researchers from UC Berkeley, San Francisco State University, and the California Academy of Sciences, who went into caves in the region looking for weird scary spiders. While this seems like a decision that runs counter to every fiber of our being, it paid off in spades for the team. It’s thought that the new species — which is so different from other spiders that it is also its own new genus and family — has stayed under the radar this long because seriously, who would go looking for something like this, much less pick it up and take it home and examine it when they found it? If you’re one of those people (you may well be — they are legion), you can read the entire report on trogloraptor’s taxonomy, anatomy, and turn-offs (sunlight and basic decency) in the biodiversity journal ZooKeys here. If anyone needs me for the rest of the day, I’ll be jumping out of my chair every three minutes because, seriously, it felt like something was in my hair.