Litany Against Fear Nailed It: Talking Through Emotions Can Reduce Fear Response 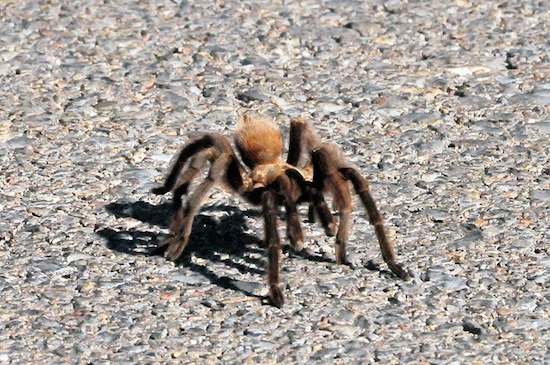 A study from UCLA suggests that talking about your emotions when you’re feeling afraid can lessen the impact of the fear response, proving once and for all that the Bene Gesserits were exactly right about how to deal with fear — by accepting it, talking through it, and leaving it in your wake. In a study of arachnophobes — people with a perfectly reasonable fear of spiders, because, ugh, those legs — researchers found that subjects who articulated what they were feeling when they were exposed to a tarantula had less fear of the spider, and were able to get closer to it and touch it more often than others who did not mention their fear of spiders during the experience.

The success of the technique turns common methods of dealing with fear on their heads. One of the most common ways to deal with unbridled terror is to deny that the thing you’re afraid of can hurt you — for example “I’m not afraid of that clown. It doesn’t look anything like Tim Curry in IT. And I certainly don’t suspect it is going to disembowel me and keep important organs preserved in jars on its mantle.” In other words, denial as a method of preventing you from wetting your pants.

The new data suggests that’s the wrong way to deal with fear, and that the more effective technique is to be honest with yourself, confront the thing that scares you, acknowledge your fear of it, and then move past that fear.

To which we say: hey, it worked for Paul Atreides.