How did the lastest arc of the popular podcast do? 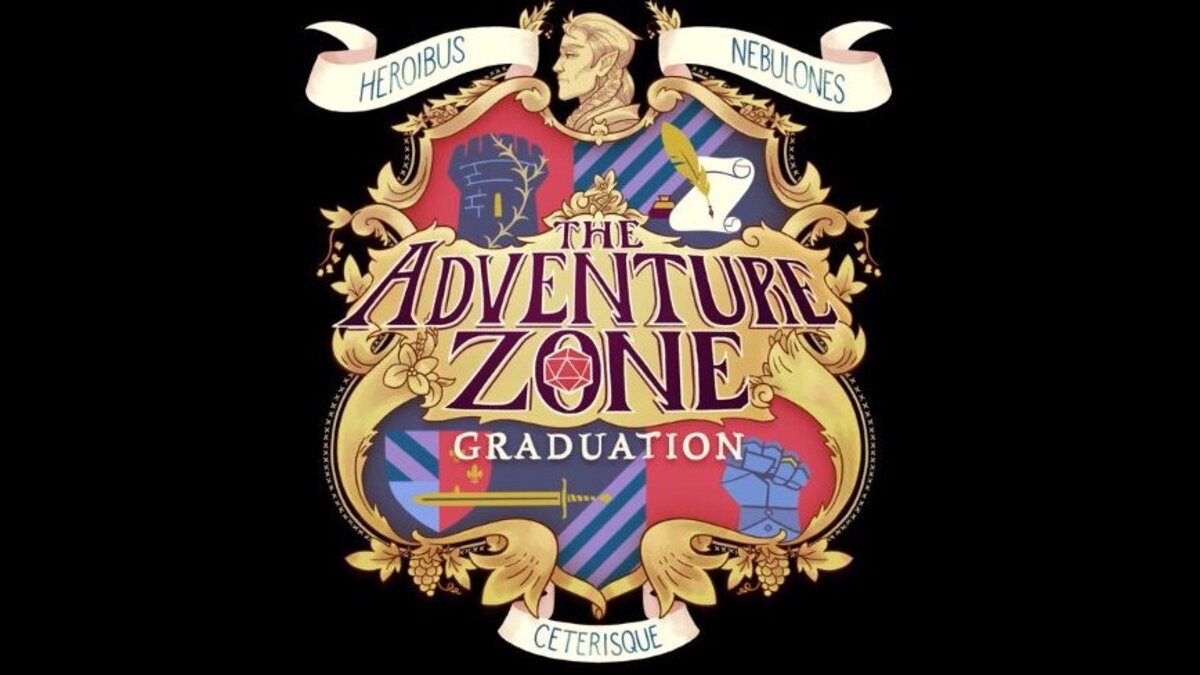 It seems like just yesterday we were hyping the announcement of The Adventure Zone: Graduation and now the third major campaign in from the popular tabletop podcast has concluded after 38 episodes. So we want to take a minute to talk about the campaign, and what we loved and didn’t love about this trip to the Adventure Zone.

For context, The Adventure Zone podcast has been around for quite a while. Spun off from The McElroy brothers’ My Brother, My Brother and Me podcast and starring brothers Justin, Travis, and Griffin McElroy along with their dad Clint, The Adventure Zone is always fun and goofy no matter what. The first campaign, Balance, lasted for years and has spawned a series of graphic novels, a game, and an animated series still in development. It was and continues to be wildly popular with a devoted and pretty awesome fandom. And that’s not surprising, Balance was amazing. Every fan was sad to see it end but it concluded in an incredibly satisfying way.

So how do you follow up after something so big and successful? After a few experimental short campaigns, the McElroys moved onto a new campaign called Amnesty. Both Amnesty and Balance featured babiest brother Griffin McElroy as the game/dungeon master and that kept up a certain continuity in tone and dynamic between the two, and though Amnesty was less complex than Balance, I certainly enjoyed it and thought it mostly worked. But I missed the fantasy setting and D&D (Amnesty was a Monster of the Week game set in present-day West Virginia) so was curious and excited going into Graduation because it was a return to D&D but with a new dungeon master.

Travis McElroy took over running the game and narrative for Graduation, and so let’s start there. Having a different DM for a major campaign definitely changed things for The Adventure Zone. On the one hand, it was really fun having Griffin as a player and seeing how he developed a complex character who ended up being sort of the hero of Graduation, a story about (as usual) three dinguses who in this case were students at a school for heroes and villains, but in the sidekick program. Things got way more complex and the whole series ended up being about how too much order and maybe also capitalism, in general, are bad, but also fun? And there were lots of demons?

Travis was a very different DM from Griffin. I don’t want to compare them too much, because that’s really unfair, and I certainly listened to every episode with an open mind to let Travis do his own thing and put his own stamp on the campaign. Griffin definitely deserved a break after so many years as DM, But Graduation was not as successful as Balance or Amnesty. And I don’t just think that was a factor of “this is different.”

I enjoyed a lot of Graduation because I always enjoy listening to this family have fun and do silly voices and roll dice. The characters created by Clint, Griffin, and Justin were great, and as seems to be a pattern in TAZ, Justin has a particular talent for inventing a fan favorite that comes from left field. His nameless Firbolg was both funny and had a huge amount of pathos. I loved him. Griffin and Clint also had a lot of fun, with Clint doing a great job as a rogue and Griffin really shining a Sir Fitzroy Maplecort. And I loved many of the NPCs as well, especially Ranier the necromancer who was based on one of my favorite people, Rachel Miner.

But I also felt that Travis, in his excitement to DM his first campaign, went a bit too far in crafting his own narrative and didn’t let his players, well, play enough. The first episodes, in particular, were overloaded with exposition and NPCs (non-player characters) and throughout the series, the gameplay involved a lot of Travis talking to himself as various NPCs. I admire Travis’s world-building, creativity, and ambition, but there were so much of those things, it sort of swept the actual players along in a way where it felt they were secondary to a story Travis was going to tell without them. When big parts of the final battle are handled by NPCs fighting and arguing with each other, that’s not great.

Now, both Balance and Amnesty also had very big mysteries and overarching plots that Griffin concocted, which also took some big things about the players’ characters’ backstory and the overall narrative out of their hands, but in that case, it felt more like solving a mystery. And again I don’t want to compare too much, but many beats of Graduation felt like scheduled plot points, not an organically evolving narrative. This wasn’t always the case, but it happened enough to be distracting and the problems with NPCs doing a lot of the story work also persisted as well.

It’s been said by people who know way more about D&D than me that the mistakes that Travis made here are common for first-time DMs. There’s so much excitement in the chance to craft your own story and create characters, that sometimes you forget that tabletop gaming is all about collaborative storytelling. Other fans of the show as well were not as enthusiastic about Graduation, and while I respect and understand that, the complaints and even harassment got so bad that Travis took tome away from Twitter. And while I agree with much of the criticism of Graduation, that makes me sad because it’s never okay to be a dick to actual human people because you didn’t like something in a fictional world.

Overall, I think there was a lot to love in Graduation and I think it can serve as a learning experience, not just for The Adventure Zone but for aspiring DMs and even us as the audience of this or any show. It is impossible to replicate a thing you loved exactly, so following it up takes experimentation and bravery. Sometimes experiments won’t completely work, but that’s what they’re for: taking the good, discarding the bad, and getting better. I hope Travis especially knows that there was a lot we all enjoyed about his time as DM. I personally am looking forward to a point in the future when he gets to run a campaign again, because I want to see him continue to grow and evolve.