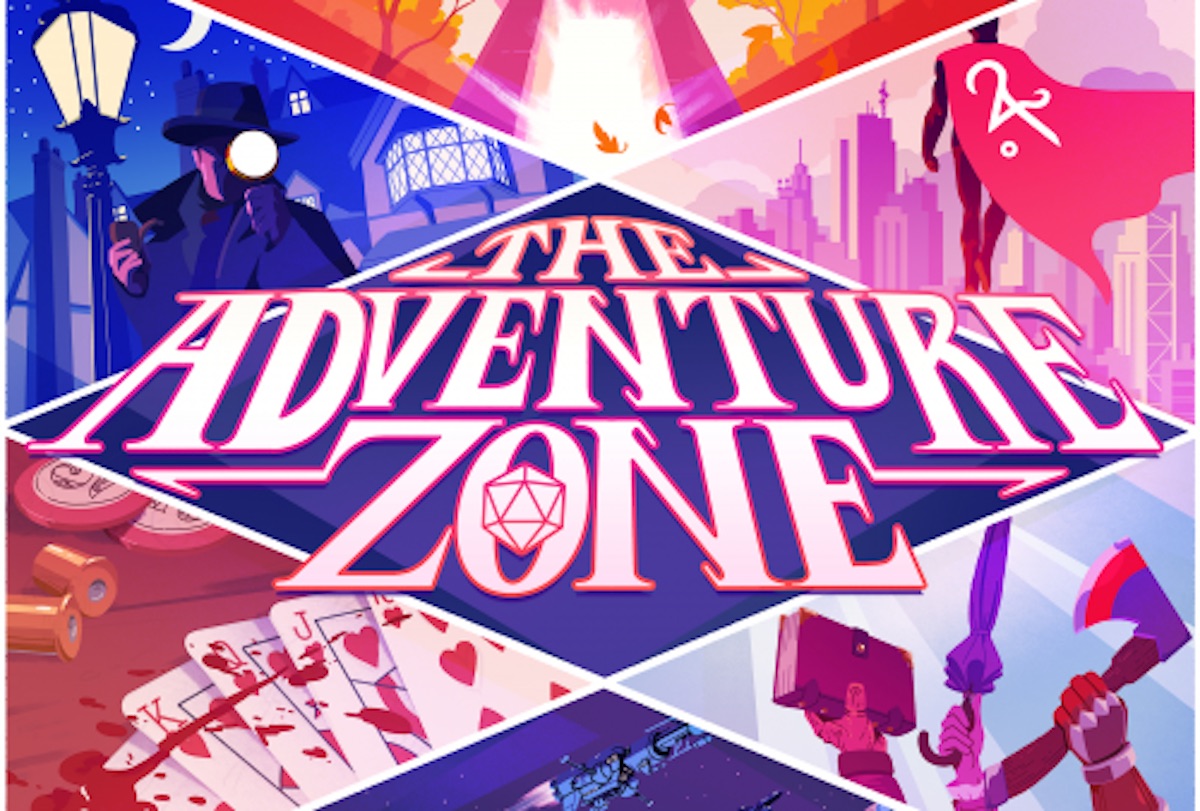 Nerds becoming powerful icons has been a dream of many for decades, but in recent years, it’s become a fact. Being a nerd is, more often than not, a self-proclaimed point of pride. More and more, people are joining the ranks of nerds, geeks, and dorks, waving their respective hobby and fandom flags high, but this isn’t a revolution; it’s a renaissance.

However, this renaissance, much like The Renaissance (emphasis on the capital R), is leaving a lot of people, specifically women and people of color, behind. While there have been some improvements (e.g. Black Panther, Wonder Woman, etc.), in UCLA’s annual report on diversity in Hollywood for 2015–2016, researchers found that both women and minorities “remain underrepresented on every front.”

Not only that, but the men who dominate the stories are, more often than not, praised for being “tough” or so coolly logical that they are removed from the perceived “weaker” spectrum of emotion. Toxic masculinity, the hyper jock-esque traits that nerds were once removed from, are now the cornerstones of culture. Characters are written to bury their emotions deep, only surfacing as righteous fury or deflective humor. In this emotionally suffocating environment, life is unfortunately imitating art.

It’s not all bleak in the land of nerds. In the midst of comic book summer blockbusters, actual-play Dungeons and Dragons podcasts, and increasing videogame coverage, one family rises above to do their absolute best to include everyone and talk about feelings: The McElroys. They’re not the only ones doing it, but over the three-year-long D&D campaign on The Adventure Zone, the McElroys have realized that as four straight, white, cis men, they are privileged and have a responsibility to use the power of their popularity for creating an open and inclusive space for everyone—not that it has been smooth sailing the whole time.

Back in 2014, to cover Justin’s paternity leave from their advice podcast, Justin, Travis, and Griffin McElroy, with the new addition of their father, Clint, decided to play Dungeons and Dragons. What followed was beyond any of their expectations. Thousands of people became deeply entrenched in the antics of Taako, the wizard (played by Justin), Magnus Burnsides, the fighter/rogue (played by Travis), and Merle Highchurch, the cleric (played by Clint). With Griffin at the helm as the DM, the story arc spanned three years and, more importantly, offered many lessons in representation and being emotionally vulnerable.

In an interview with SyFy Wire, Justin said “When we created the show, I mean, we did not put a lot of thought into pretty much any aspect of it. We just kind of did it because it seemed fun.”

Specifically, in terms of character creation, Taako’s name, and subsequently his long-forgotten twin sister’s name, started as a silly idea that morphed into a learning moment for the boys. During one episode of The The Adventure Zone Zone (the behind-the-scenes Q&A companion series), Griffin explains that when Justin “came up with the name Taako, it was just, ‘Isn’t this a silly thing to name your fantasy wizard in our roleplaying game?’ It was—it was done out of, like, irreverent silliness.”

Continuing that silly naming scheme, Griffin originally named Taako’s twin sister Lup, short for Chalupa. However, as more and more fan-based headcanons emerged with Taako as a Latinx man, it became clear how awful it would be to have two Latinx characters named after Tex-Mex foods, no matter how innocent the original intent. While the characters are specifically not any race or ethnicity, it can be very alienating for a fan if the person the see themselves in is reduced to a joke.

Griffin goes on to say, “We’re all a lot more cognizant about how people consume the show and how people have headcanons for … basically how every character looks, and we encourage that, right? Like, I encourage that. I think it’s cool. I think it’s the coolest thing about this podcast.” So ultimately, rather than commit to a 2-year-old setup for an admittedly “pseudo-joke,” Griffin explicitly states “Lup’s name is L-U-P. It’s not short for anything.”

Aside from Taako and Lup’s names, one of the chapters in the arcs ends with the “bury your gays” trope, something that Griffin admits he had not been aware of at the time. In the same SyFy interview, he says, “And I went from literally not knowing about this trope, because I’m a straight dude and I have no shortage of characters or stories directed towards me, to, ‘Okay, well, I’ll never do it again. Good point.’” Being able to admit fault and move forward works in direct contrast with toxic masculinity, which typically means never doing those things.

When creating the character of Lup, Taako’s trans twin sister, there was a lot of concern on the part of Griffin about avoiding another example of bad trans representation in media. Accordingly, the boys took to social media, asking their audience what is important to them in terms of how to handle trans representation. With this feedback, Lup became one of the fandom’s favorite characters, delivering pithy one-liners, burning down buildings, falling in love, and being, in general, a multi-faceted character with relatable wants, needs, and even flaws. Lup is a character that stands in complete defiance of traditional societal norms, not just because of who she is, but of how she was created, through the creators admitting a weak spot in their own view of the world and asking for help to understand.

Being open to criticism and willing to show a softer side has been hugely important for the success of the McElroys. Over the run of the show, scattered among the juvenile jokes and cursing are childhood nicknames and terms of endearment, offering the listener a glimpse into the family life of the McElroys—a family where love is exclaimed loudly and often, a place where it’s okay to be vulnerable and offer up the softer side of yourself in a world where that’s often perceived as a weakness.

After the final moments of Griffin’s heart-wrenching but wonderful narrative that concluded the story, Justin, his voice broken from tears, sums up the whole campaign as “… the story of four idiots that played D&D so hard that they made themselves cry.”

In their short-lived Seeso show based on their advice podcast, My Brother, My Brother and Me, the series ends with a beautiful moment of Justin saying how proud he is of the show they made and how much fun he had being with his brothers for those weeks. Through the tears, he says that he loves his brothers, who quietly and easily say the same—before they completely ruin the moment, as only siblings can, telling Justin to make that sweet “Emmy juice” and ending the show on that high note of love and annoyance only family can bring.

As for crying, Justin has made his stance abundantly clear, saying in a series of tweets that “Crying is great, crying means you’re alive, that you’re feeling shit. It’s physically good for you to feel that stuff you try not to,” and “Society has a weird hang up about grown ups crying, especially dudes, but I say let that good good Emmy juice flow.” Though there is an air of joviality to his tone, the message is clear, and it’s one endorsed by all the McElroys.

During the wrap up episode for The Adventure Zone: “Balance,” the McElroys talk about moments in the story where they teared up. Of note, Clint cites dwarf character Merle’s last scene with his daughter as one time he can remember crying, saying, “… when, uh, [Mavis, Merle’s daughter] talked about how proud she was of how well he was doing, and he said ‘I love you, baby,’ because that was— that was kinda me telling you guys the same thing.”

Maybe there is some revolution in the nerd renaissance, but nerds have always been prided on caring deeply about something, be it academics, role-playing games, or science fiction. This is just the next logical step, taking that depth of caring to a larger scale by showing it’s good to be inclusive, to share the narrative with everyone. Everyone has a story and everyone, whether they admit it or not, has feelings. This revolutionary renaissance may not be televised, or even movie-ised, but it’s definitely streaming somewhere for everyone to hear.

And regardless of race, religion, sexual preference, or gender, everybody is invited and we are all going to cry, and that’s okay.

Rachel is a graduate of Carnegie Mellon University with an affinity for coffee, sarcasm, and world domination through the means of travel. She’s a connoisseur of bad action movies, pop culture references from the ’80s, and actual-play DnD podcasts. She lives in Ann Arbor with her dog, Radar.