The Adventure Zone: Bureau of Balance Game Is a Creative Hoot

We played, we saw, we conqueredW 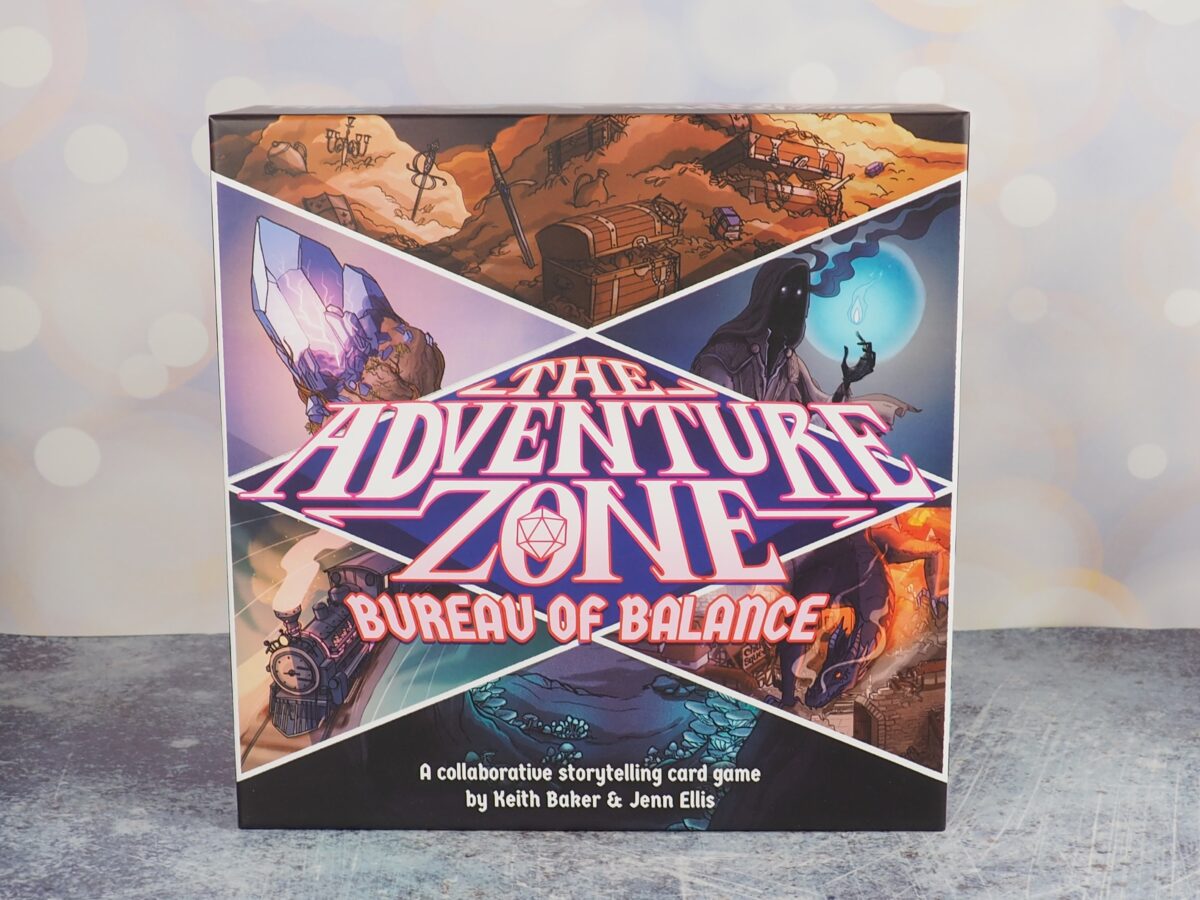 We here at The Mary Sue are huge fans of The McElroy family and The Adventure Zone Podcast. Personally, I’ve relistened to the “Balance” campaign three times. It’s like a comfort object and I love the way that the world Griffin, Travis, Justin, and Clint created has continued to expand even though the Balance story is wrapped. We have the on-going graphic novel series and the upcoming animated series in development at Peacock. And now you can enjoy your own trip to the Adventure Zone with the new storytelling card game from Twogether studios.

Now, I’ll admit as much as I love everything about Dungeons and Dragons (which was the basis for The Adventure Zone: Balance and Graduation) I’ve sadly never had the chance to play it and it is also a game that takes a lot of time and commitment. That’s why I really loved this game, because it manages to give you the experience of a collaborative storytelling adventure game like D&D that you can play through in around an hour. 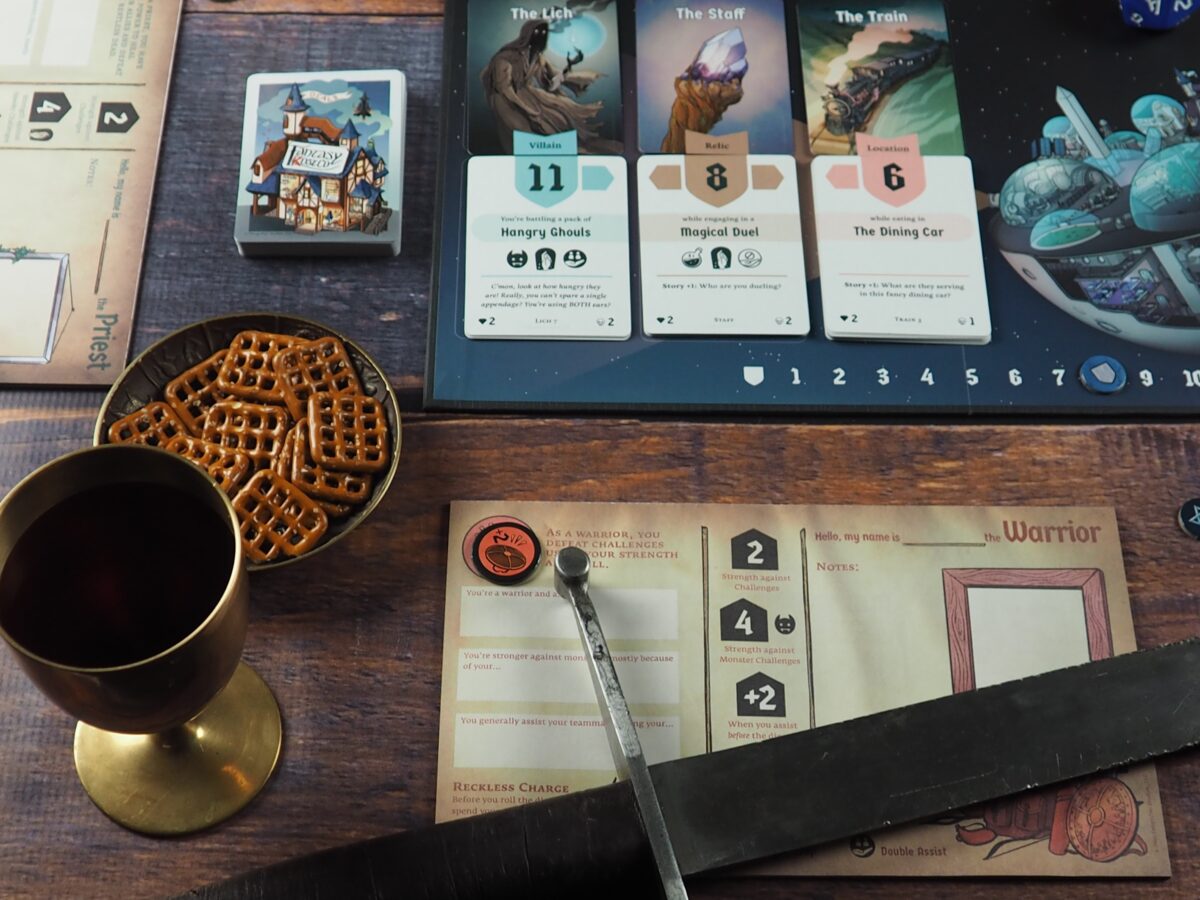 Like The Adventure Zone Podcast, the key to this game is story and character and just having fun. It’s certainly not about one person winning. To start off you build a character using the character sheets that come with the game, and they help you along in determining who your character is, what motivates them, and where their strengths lie. And then you embark on your quest!

There’s no board or dungeon you have to get through, just three separate card decks of challenges and story elements that you have to deal with to eventually claim a grand relic and save the day. (All with fantastic art). You beat each card based on a roll of a dice, but the very fun thing about this game is that you can add to your roll (meaning you’ll have more points to beat the challenge) if you just collaborate with your teammates and tell a good story. Certain cards let you get more points simply for being funny or creative, it’s really cool.

There are a bunch of different decks within the game that can be combined to create different quests and storylines and it all works almost like fantasy mad-libs. I was only able to play with one other person because of the pandemic, but even that was fun and this game was easy for us to get the hang of and it got my usually not very creative wife telling stories and really leaning into her character! I can’t wait to eventually play this game with a larger group and the way it’s set up seems to me like something you could play on Zoom/socially distanced in some way.

There’s also a lot of great Adventure Zone-specific jokes and characters here that really brought us into the world of the podcast, which I loved. From Gerblins and Trains to Fantasy Costco (where all your dreams come true) and visits from familiar characters via surprise cards, the game is true to the source material without being inaccessible to newbies. Keith Baker and Jenn Ellis, who developed the game with the McElroys, have done a really great job creating something new and exciting for fans of the podcast and tabletop games alike.

We already included this in our podcast gift guide, but now The Adventure Zone: Bureau of Balance game is live and available to buy from Twogether Studios. If you want to get your game before the holidays, I would order ASAP as they are already shipping on December 22nd at this point. But it’s fine to just buy it for yourself, because where else are you going in the next few months? You’re going into the Adventure Zone, that’s what!