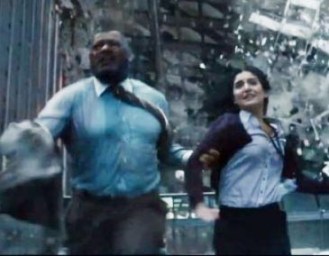 “I can’t comment on that.” – Man of Steel writer David S. Goyer speaking with I Am Rogue on the ongoing rumor of Jimmy Olsen actually being Jenny Olsen in the film.

You may remember director Zack Snyder recently saying how pleased he was so few Man of Steel secrets had gotten out. As to casting Laurence Fishburne, Goyer said, “I Thought it was an awesome choice. I think that it is silly that people are like, ‘You can’t have a black guy named White.’ But I’m like, well what about Barry White? I thought that was stupid. You just want to get the best actor.”