Everyone in Canada is laughing at us right now. 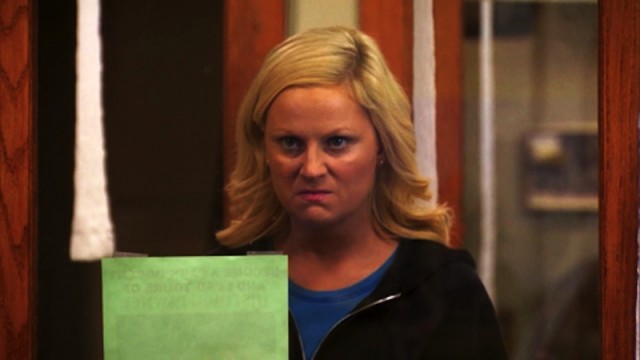 If you live in the United States and you’re reading this right now, then you currently have no government. But that doesn’t mean there’s going to be panic in the streets (although there probably should be). Here what will still be up and running, just in case you were getting any ideas about starting a revolution or something.

The United States Postal Service. Because the USPS has an extra independent source of funding, they’re permitted to stay open. So the fact that you haven’t gotten your Sailor Moon Figuarts action figure in the mail yet even though it was shipped a week ago is due to general incompetence, not to the shutdown. Not that anyone here is speaking from experience or anything. Cough.

FBI, Drug Enforcement, and the U.S. Military: While the justice department will suspend all their civil cases for the time being, federal (and local!!) law enforcement and military offices will still be running. If you were hoping to undertake a vast Catch Me If You Can style fraud operation, you should maybe cancel those plans. FBI investigator Tom Hanks does not have the day off.

Emergency Services: Just like law enforcement, 911 is still going to be operational. No crime sprees, guys! You’re still gonna to get caught. You know, unless you’re very good at crime.

Federal Prisons: If you’re not good at crime and you already got arrested for it, you’re still stuck there. On the plus side, at least you’re probably going to get fed! Even if you don’t want to! Hooray!

The U.S. Department of Agriculture, Meat Inspector Division. Good to know we’re not living in The Jungle again. Well, not more so than usual. There’s still probably rat feces in our beef, or whatever.

The National Weather Service/Emergency and Disaster Assistance. On the off chance that a hurricane were to unexpectedly hit, I don’t know, a veteran’s hospital and make their lives 8000 times worse than they already are, at least the government will be able to tell them that it’s about to happen. They probably won’t be able to pay any of those veterans’ disability claims in the meantime, but hey! Small victories.

Veteran’s Hospitals. Speaking of which, those’ll be open. They won’t be doing much at all, but they’ll be open.

Federal Air Traffic Controllers and TSA/Border Patrol. That’s good, because we were worried that the government wouldn’t have time to harass its own citizens during the shutdown. Phew, guys. (Oh, and the airport delays are going to get much worse, because all the people who aren’t air traffic or TSA won’t be coming in. Wheeee.)

The Bureau of Consular Affairs. If you need a visa, a passport, or help from an embassy, then you should probably be okay. We say probably because it will vary state to state depending on funding. Either way, it will be impossible to use the DHS e-program to check on the immigration status of job applicants. Let’s hope you weren’t trying to get one of those anytime soon.

U.S Patent Office. They’ve been funded through the next four weeks — if the government shutdown lasts longer than that, we’ll have much worse problems than the fact that you can’t get your stupid invention registered with the Feds.

Social Security, Unemployment and Food Stamps. If you rely on the government to, you know, not starve to death, then you’ll still be getting your checks. At least, that’s what they tell us. Hopefully your mileage won’t vary there.

Student Loans. Those never go away. Which is… great?

Healthcare Sign-Ups. Hey guess what? The Affordable Care Act is a law, so you can still sign up online for healthcare today if that’s a thing you would like to do. Wait, why are we shutting the government down again? Jesus.

Congress. Congresspeople are still getting paid what the actual hell.

(via Washington Post and NBC News, image via Parks and Recreation)