Who Would Harley Quinn Be If She Hadn’t Met the Joker? 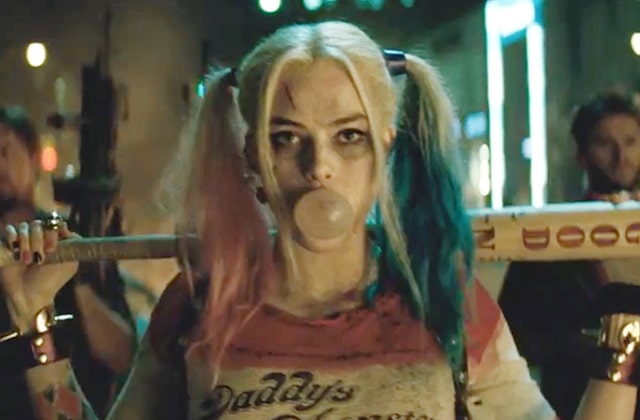 Fans of Harley Quinn have long had to reconcile their love of this totally unique, fascinating character with the fact that her dysfunctional, abusive relationship with the Joker is all too often fetishized, romanticized, and/or played for comedy. Depending on who’s writing the character, these issues plague her story to varying degrees.

The character is having a major fandom resurgence at the moment, due to Margot Robbie’s stellar performance in the otherwise disappointing clustermess that was Suicide Squad–a performance so strong it could have done without Jared Leto’s Joker and the romanticizism of abuse that came with him.

We’ve still got our sights set on that Gotham City Sirens movie, but in the meantime, DC’s got an intriguing new women-led series coming out next month. Gotham City Garage is inspired by a line of collectible statues by the same name. Writer Collin Kelly describes the world as “an anti-fascist anthem for the open road, starring reimagined takes on DC’s great female characters through an outlaw lens.” Set in an authoritarian utopia ruled by Governor Lex Luthor, the women rebels of Gotham City Garage–”bold, fierce bikers”–exist in the wasteland outside the city. That premise alone already has my attention, but the description of Harley’s character has me hooked. A warning: if you like your comics strictly canonical, this might not be for you. The series shows a heroless Gotham, stripping away origin stories and building new ones based on these new, very specific circumstances. Kelly and co-creator Jackson Lanzing told ScreenRant at Comic-Con, “A big part of the point of this book is that we’re trying to take the major assumptions that you make about the DC Universe, and across the board we’re trying to say, ‘Okay, let’s say you take those assumptions away. Where do the heroes come from? Who becomes heroic and why?”

For Harley, they’ve decided to explore how her character would develop if she never met the Joker. Would Dr. Harleen Quinzel still become Harley Quinn without his influence? In this universe, “Harley Quinn self actualizes. There is no Joker, so she doesn’t become Harley Quinn as a reaction to The Joker. She becomes Harley Quinn because of things in her own life that force her towards that rebel action. This Harley Quinn inspired The Joker, not the other way around. We have a Joker, but he’s her lackey, he’s following her around, he’s always trying to get her attention.”

To start, I’m sure hoping the writers aren’t just replacing one physically/emotionally abusive relationship with its inverse. Also, Poison Ivy isn’t included in the character list, which names Wonder Woman, Big Barda, Steel, Catwoman, Harley Quinn, Silver Banshee, Hawkgirl and “the first Kryptonian this world has ever seen—the mysterious girl named Kara Gordon.” I hope that’s just an oversight and not an indication that they’re ignoring the obvious OTP that is Harley/Ivy. In a world of Gotham women, why on earth would you not dive into that?

My personal hopes aside, I’m totally into the idea of exploring whatever corrupted essence already lived inside mild-mannered Dr. Quinzel, and how it might eventually come out even without the Joker’s influence. It’s a nature vs. nurture discussion via DC characters, and I am 100% here for that.

The digital series debuts on August 16th, with print issues available in October. What do you all think? Will you be checking this out?