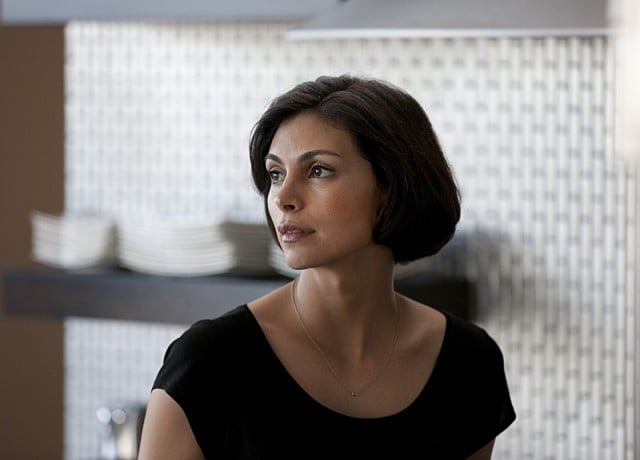 No, it’s not another villain.

Baccarin has joined the cast of the Batman universe drama as a recurring this season and is slated to become a regular in Season 2.

She will play Dr. Leslie Thompkins, a gifted and dedicated physician who was a friend of Bruce Wayne’s parents, Thomas and Martha. She is determined to use her skills to aid Gotham’s most in need, which currently means working at the newly opened Arkham Asylum’s Home for the Criminally Insane. In addition to her medical skills, her coolness under pressure will serve her well as she finds herself drawn close to James Gordon and into more and more dangerous waters.

It should be noted this isn’t Baccarin’s first time at the Batman rodeo: she voiced Talia al Ghul in the animated Son of Batman feature. But Dr. Thompkins is a really, really cool role for her to be taking on for Gotham. The Bat-fans around TMS headquarters wondered why we hadn’t heard of the character’s arrival before now, actually. After all, Dr. Thompkins has been a driving force in Bruce Wayne’s backstory for quite some time.

Her first appearance came courtesy of Dennis O’Neil and Dick Giordano in the ’70s. She was the one who comforted Bruce after the murder of his parents, so hopefully we’ll get to see her relationship with him grow on Gotham instead of getting pure romantic tension between her and Gordon. Thompkins also played a role in Batman: The Animated Series, where she was voiced by Star Trek: The Next Generation actress Diana Muldaur.

What do you think of Baccarin/Thompkins’ addition to the show?