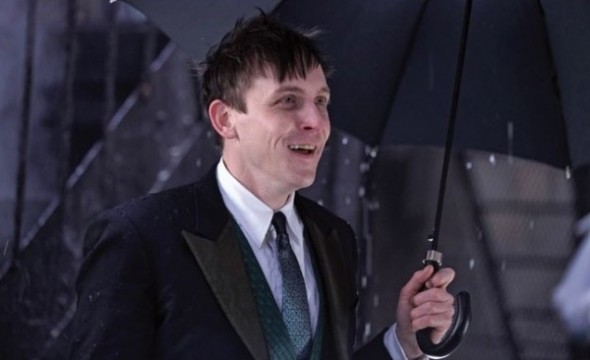 Fox is continuing to bank big on baby Batman: according to Variety, the network has ordered an additional six installments of Gotham for a total of 22 episodes in the series’ first season.

Gotham debuted as one of the most buzzed-about shows of the fall, and with good reason. [Executive producers] Bruno Heller and Danny Cannon have created an incredibly rich world, with characters that draw you in and a cast that brings to life these heroes and villains in a way we’ve never seen before […] We are so excited to see where Bruno, Danny and the entire ‘Gotham’ team take this story over the course of this season, and so thankful to all the fans who have embraced it this fall.

Are you guys interested in more Gotham? Despite some exciting diversity on the show (I’m forever shipping Renee Montoya and Barbara Kean), I still haven’t felt like the series has lived up to its potential overall. And although Gotham is obviously a hot property (remember, Netflix paid $1.75 million per episode for world streaming rights before the series ever aired); Collider points out that the full-season order could actually interfere with the deliberate world-building the creative team had planned for a sixteen-episode arc. In an interview at New York Comic Con this weekend, Danny Cannon said it would be difficult to skilfully pull off a full-season order:

We’re aiming at 16 [episodes] right now and we have two other seasons figured out if they care to give us the go ahead.  Once the ball started rolling on all these characters, and Commissioner Gordon’s journey and Bruce Wayne’s journey, once we figured that out we spread it out to fit those 16.  If they were to change the order, we would have an emergency meeting.