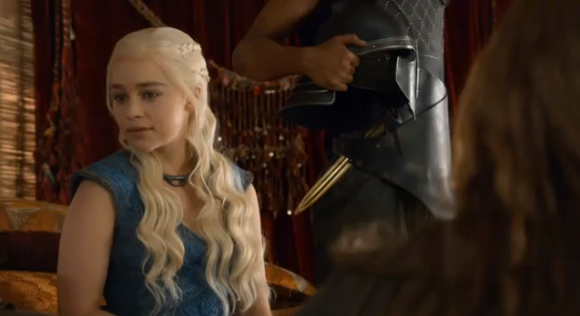 We’re experiencing an overabundance of new Game of Thrones Season 3 footage. Not that I mind, but the premiere on March 31st seems that much further away for it. Over the weekend we saw two new television length spots but now we’ve got our second full-length trailer! I might have squealed out loud several times while watching it. One of those times may or may not have been after seeing Daario.

Someone needs to draw an illustration where Daenerys’ dragons braid her hair like birds in a Disney movie. Make it happen, people.