Activism Took Down Trumpcare, Too | The Mary Sue

Sure, GOP Incompetence Took Down Trumpcare–But So Did Activism 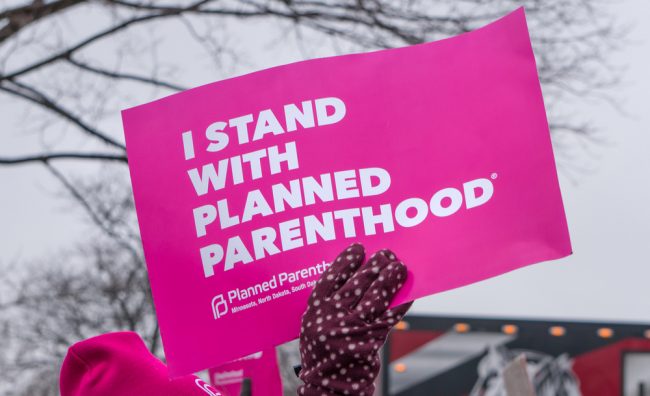 In the coming days, there’s going to be a lot of speculation about who defeated the Republicans’ deeply unpopular Obamacare replacement bill, the American Health Care Act of 2017 (AHCA). Popularly known as Trumpcare or Ryancare, the House bill was ultimately withdrawn from consideration on Friday afternoon, despite Trump’s Thursday ultimatums and bluster.

Republicans could only afford 22 defections, since one Democrat was going to miss the vote for his wife’s funeral, and they just didn’t have the votes. As The New York Times tallied it, the defectors by time-of-vote on Friday were:

If you live in any of those 18 districts and called, you own this victory. Not Trump’s policy ignorance, not Ryan’s ineptitude, not the nightmare people in the Freedom Caucus.

Of course, those three factors were significant. It takes a lot to kill a party’s signature legislation. But Paul Ryan ultimately didn’t have to woo only the Freedom Caucus; instead, he had to balance their barbarous demands against the concerns of the moderates. (And concerns for the bill’s viability in the less vicious Senate.) Generally, in the Republican party, this means the moderates cave. I mean, if there’s one thing we learned the 2016 election, it’s that the vast majority of moderate Republicans will happily acquiesce to their hard-line colleagues’ cruelty–unless it’s clear that their constituents will revolt. Enough moderate Republicans were afraid of their constituents to stand up to Trump and Ryan. That’s because of your engagement.

Rep. Thomas Massie from Kentucky, one of the 8 “other” defectors, specifically tweeted about the constituent feedback he received:

275 oppose vs 4 support #ObamaCareLite. Phone calls to my office from constituents over last two weeks. Why are we voting on this?

Activism also gave Democrats the go-ahead to lean back and refuse to engage with this hateful, destructive bill. Below are just some of the call tallies that Democratic representatives received. Those numbers had to make them feel comfortable.

My constituents overwhelmingly want me to oppose #Trumpcare. Calls/emails so far:

I tallied up calls to my office about #TrumpCare, the Republican ACA repeal plan:

Now, it’s true that we have to stay engaged. There is a Medicare For All Act currently up for consideration in the House right now, which Democrats could be boldly pushing and which we can all urge our representatives to cosponsor. Obamacare health exchanges are genuinely struggling in some states, and Ryan and Trump have plenty of other options for attacking and dismantling the law’s healthcare achievements. It’s also true that “keeping the status quo” isn’t the most gloat-worthy political victory.

However, given how destructive and regressive this administration wants to be, it’s one the American people should still be proud of. Keep after them.