The Vote to Repeal Obamacare Is Today. Here’s What You Can Do Right Now. 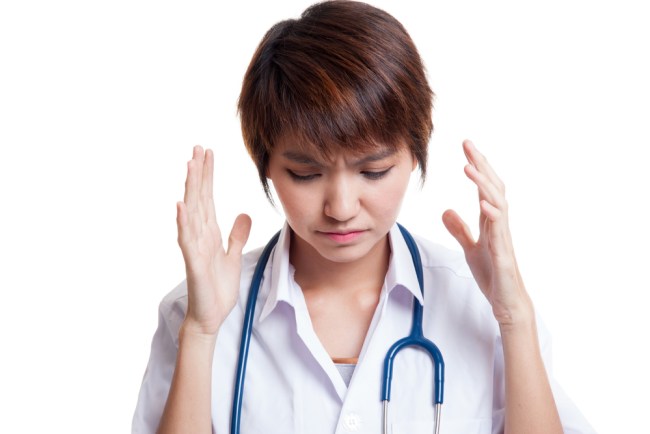 Even by the low standards set by the Trump Presidency, the proposed GOP American Health Care Act—which would repeal Obamacare and replace it with, well, nothing good—is a trash fire of epic proportions. Democrats hate it. Moderate Republicans hate it. And ultra conservatives hate it for not being draconian enough. Do you hate it? There’s something you can do.

The only good-ish sign from this whole mess is that it’s iffy right now whether the bill will pass the House’s rushed vote today. The GOP has been fiddling with the bill since the disastrous Congressional Budget Office evaluation that more than 24 million people would lose coverage under the AHCA—but no demonstrable changes have emerged that don’t sound like lip service. It’s now been shown that the bill is so bad that millions more people would be set to lose insurance than if Obamacare was flat-out repealed without any kind of “replacement” from Republicans. Yikes.

Moderate Republicans are rightfully nervous about the wrath of their constituents who face major coverage losses, and some have vowed not to vote for the ACHA under its current iteration. The House Freedom Caucus—the super right wingers who don’t think the government should be involved in healthcare at all—don’t like the bill because it’s not harsh enough in taking away the things Obamacare bequeathed. This leads to sentences that make me cry like the one in the New York Times this morning:

Hardline conservatives in the House will meet Thursday morning with President Trump to hammer out changes to the House bill to repeal the Affordable Care Act, pressing to eliminate federal requirements that health insurance plans provide a basic set of benefits like maternity care, emergency services and wellness visits.

Anyway, enough with the nest of vipers that is the House GOP and its ringmaster Paul “I’ve been dreaming about cutting benefits to poor people since I was pounding keggers in college” Ryan. Here’s what you can do to take action:

Calling your Congressperson works. Listen, I know. I know. I hate the telephone too, and the whole process is nerve-wracking. But there’s a lot of evidence that this works. We have already had many incidences in the Trump reign wherein public pressure has worked to sway wavering representatives. These people work for us, and they want to save their own skins most of all. If you live in a state where your rep is swaying back and forth, it’s time to give ’em a push in the right direction.

This masterful Google spreadsheet collects everything you need to know. First, it highlights the reps that are on the fence, either leaning no or with no clear position. It enables you to Tweet or Facebook a message calling for action that shows exactly how many people in your district will lose coverage under the proposed bill. It also provides the phone numbers to reach your Representatives along with the short sample script of what to say. No muss, no fuss.

The vote is today. Please call your Congressperson and tell them to vote no. If nothing else motivates you, just imagine how pissed off the bill’s failure is going to make Donald Trump, who, per the Times, needs “to score a win” while the rest of us lose.