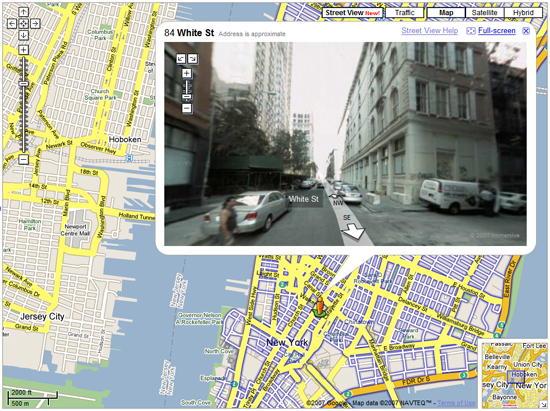 It certainly seems that Google is of the mindset that more data is always better. If only they had more data, they could really data their data. And now, thanks to a combination of satellite imaging and the Maritime Automatic Identification System — or AIS — that all ships have to prevent collisions, they’ll be able to gather  the location of every vessel on the open water. That includes military ships.

Typically, AIS signals are designed to only be detectable for up to 20 nautical miles. But researchers at Greece’s University of the Aegean developed bigger and better antennas built on land that could pick up the signal even further away. Even so, this still only provided for those ships close to shore and not for those far out to sea. Enter satellites. Being overhead they can, with the right technological advances, find the signal at even greater distances.

Michael Jones, Chief Technology Advocate at Google Ventures, let it be known at the annual Joint Warfighting Conference that the technology required for the endeavor cost a cool three million dollars. That’s three million dollars to know the location of every single ship out there — with one major flaw. For someone to go dark on the map, all one need do is turn off the AIS.

One big positive from this initiative is that patterns will emerge from the sheer amount of data being mined on completely legal ships. Researchers will have access to thousands upon thousands of routes over time. This could potentially lead to the discovery of improvements for shipping lanes or, if nothing else, it should be really cool to look at.