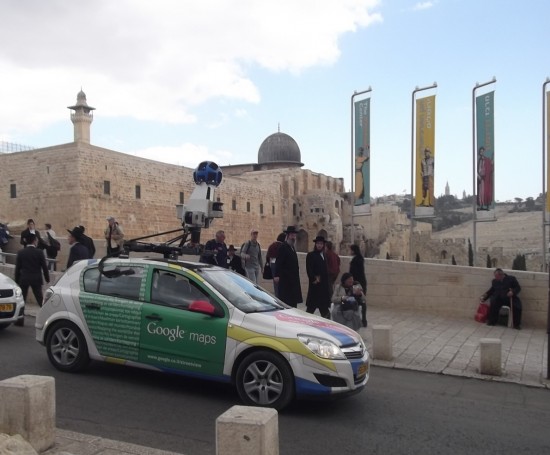 A few weeks ago, the Federal Communication Commission announced that it had concluded its investigation into Google’s interception of user data from unencrypted Wi-Fi networks with its street view cars. Now, Google has released the entire report of perusal, giving insight into this curious case.

Though the names of some individuals involved in the investigation have been withheld, the report is a close look into what exactly happened with Google’s street view cars and why. The report is currently available on Scribd, for those interested in reading it.

Until this point, it had seemed that interception of data was purely accidental. That appears now to be only half true. According to the L.A. Times:

The report points the finger at a rogue engineer who, it says, intentionally wrote software code that captured payload data information — communication over the Internet including emails, passwords and search history — from unprotected wireless networks, going beyond what Google says it intended. The engineer invoked his 5th Amendment right and declined to speak to the FCC.

After the code was written, it somehow avoided being spotted by anyone involved with the project. Coworkers missed it during code reviewers, managers missed memos discussing the utility of intercepted data, and so on and so forth. Whether or not you believe this perfect storm of lapses in oversight depends, I suppose, on how much you trust Google.

At least part of what allowed the code to go unnoticed was Google’s policy of allowing employees to work on projects that interest them in their free time. The engineer who wrote the data-intercepting code was apparently working on it as a side project, and was not required to get permission from the street view team before modifying the code. One wonders how long that policy will remain sacrosanct. Though it shielded Google in this case, it also portrays the company as being ignorant of its own products.

You may be wondering what value the intercepted data could possibly have to Google. Again, from the L.A. Times:

On at least one occasion, the report says, the engineer reviewed the data to identify frequently visited websites. He thought it might be helpful in determining how much people were using Google search, so he asked a member of Google’s search quality team who told him “it had no use or value,” the report says. When he determined it had no value, he abandoned the idea.

After that, it seems that the code remained on the cars — presumably because no one thought to remove it.

These apparent “communication failures” within Google aside, you might believe that the search giant was being noble when it turned away the intercepted data. But let’s look at the dates. The code was implemented on cars in 2006. Two years later, Google announced its super-fast Chrome web browser. While its certain that the information picked up by the street view cars did offer little value to Google, part of the reason might have been that the search giant had already come up with a far better (and far less creepy) way to gather information about how users were surfing the net: A web browser.

It’s also worth noting that though the FCC wound up merely fining Google for obstruction of justice, it did not prosecute the company simply because there was no precedent. The distinction is important, since it implies that there are simply no laws against what Google did, rather than Google not doing anything actually “bad.” Sometimes it seems like Google’s “don’t be evil” policy is more along the lines of “don’t be evil within the narrowly defined parameters of the law.”