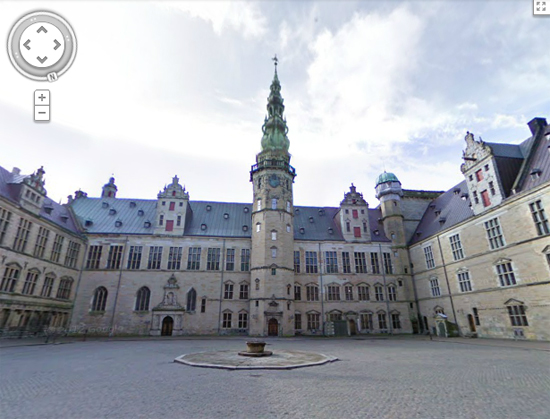 One might think that Google could take it easy, what with all the free marketing folks are doing by comparing Apple‘s new maps to their own, and rest on their cartography-related laurels for a bit. That’s not their plan, apparently, as Google Street View has just released what they’re calling their biggest update yet. The strategy instead appears to be to take advantage of this press surge and release everything they can. Considering that they just refreshed 250,000 miles of roads, we’ll take it.

That’s not even all. In addition to the thousands of miles worth of roadways, Google Street View now includes double the amount of special collections. These range from Catherine Palace in Russia to Singapore’s Fort Canning Park. They even include some gorgeous views of Elsinore Castle — the castle from William Shakespeare’s Hamlet. These are added to the already impressive list of special collections from Google, like the gorgeous underwater ones recently released.

The idea behind the special collections is obviously to provide the ability to view these structures and related scenery without having to actually go there. Google, after all, is the couch potato’s best friend. Just in case folks actually do want to go out and visit places, that’s where Google Street View actually comes in. They’ve hedged their bets and get folks coming and going. It’s a sinister yet brilliant plan.

At least we get some pretty sweet images out of the deal.