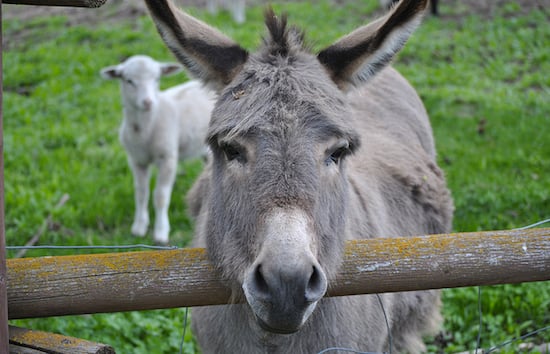 Google was in the news yet again this past Monday when the internet community bore witness to a disturbing picture of what appeared to be a donkey that was struck by a roving Google Maps Street View car in the Kweneng region of Botswana, Africa. News of the donkey-related vehicular homicide spread quickly and caused quite the uproar on various social media outlets — despite what others may say, the Internet truly does care for the welfare of pack animals — demanding that Google stop hiding behind its money piles and explain itself. Caving from the heat brought down on them, the company made a statement today to deny any and all allegations that they’re a bunch of monstrous donkey slayers.

Google Maps’ official blog was quick to post a series of photographic evidence this morning in the hope to discourage people from congregating outside their corporate offices clamoring for the rights and dignity of donkeys, which is also how the storming of the Bastille began — we think. In addition to these photos, the company provided a statement from Group Product Manager Kei Kawai:

Because of the way our 360-degree imagery is put together, it looked to some that our car had been involved in an unseemly hit and run, leaving the humble beast stranded in the road.

As our imagery below shows, the donkey was lying in the path – perhaps enjoying a dust bath – before moving safely aside as our car drove past. I’m pleased to confirm the donkey is alive and well.

They say a picture is worth a thousand words, but these four — if photographs had a functioning voice box capable of human speech — would say, “Nothing to worry about, folks, the donkey’s alive and well and apparently enjoys rolling around in road filth.”

People viewing Google Maps had erroneously assumed that the Street View car was driving away from the alleged side-swiped beast when, according to Google, closer inspection shows that the vehicle is approaching the donkey wallowing in dust. 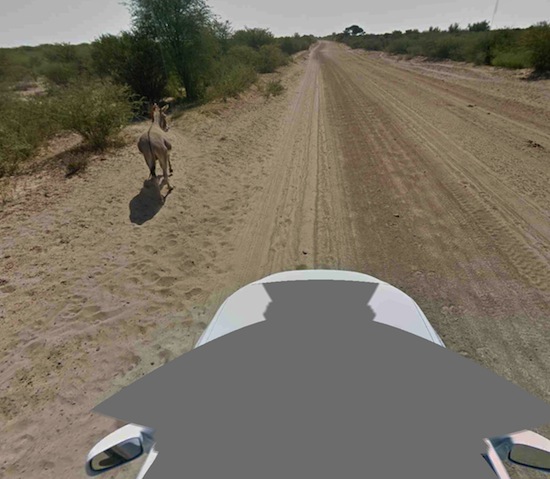 Seeing as how its little moment of ‘me time’ was obstructing traffic, the donkey — we assume reluctantly — cut its dust bath short and allowed the passing Street View car to drive onward unhindered. 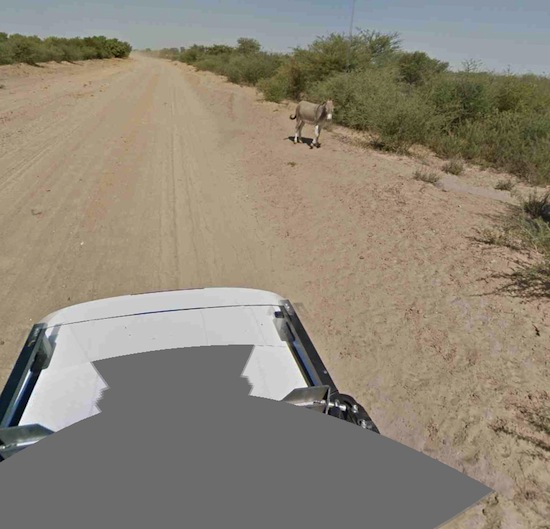 So it appears that the only heinous crime Google Maps is really guilty of is ruining this donkey’s day, which is probably a venial sin at worst.

(Google Maps via The Next Web, image via bagsgroove)