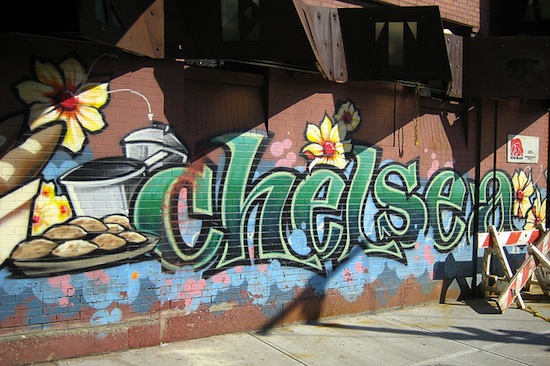 As sure as day passes into night, it seems that the rich get…well, not richer, exactly, but in New York today, plenty of them got word that they would be able to drop at least one bill. That’s because the city’s Chelsea neighborhood — home to some of the cities highest-end shopping and most expensive apartments — is about to get free Wi-Fi courtesy of Google, whose New York headquarters are in the neighborhood. With this move, Google has raised getting public relations credit for doing what amounts to absolutely nothing to an art form.

If you’re looking for me to talk smack about Chelsea here, you’ve got the wrong idea. It’s a great, pretty, charming little area full of boutiques and cafes and some of the city’s finest coffee. It’s a fairly wonderful place, and the generally great people who live, work, and play there are doing just fine. In fact, they are largely doing more than just fine. Which is the thing here.

In making sure that Chelsea has free Wi-Fi, Google is solving a problem that largely doesn’t exist and getting a PR push that’s pretty undeserved. Very few people in Chelsea woke up this morning citing their lack of Internet access as a trouble in their lives, and few will go to bed with their lives changed by the announcement.

Now I grant that it will be cool to be able to walk around Chelsea with an iPad and not have to worry about losing an overarching Wi-Fi signal. No one is arguing that won’t be cool. But doing a cool thing and doing a good thing are two different things. It’s appropriate that we give Google credit for doing a cool thing here. It’s also appropriate to point out that they are not doing a good thing. They are giving free Internet access to people for whom it is not a concern. It’s certainly not a dick move by any means, but it doesn’t warrant a cookie, or a press conference.

Are there people in Chelsea who this will help and make a difference for? Sure. I’m on the record as doubting there are a whole lot of them, though. We’re talking about an area where the median price for a 1,341 square foot apartment is just under a million and a half dollars. Monthly rents of $2,500 for a studio aren’t unheard of. The individuals being helped by this are not, by and large, going to need or notice the help. Will it help some small business owners and a school or two? Yes, probably, but to do something rather small in a scenario where you could do rather a lot more — and you could — is not particularly laudable, and even a bit distasteful.

If you want to do some real good, Google, you could. You could sponsor Wi-Fi connections in spaces like the cities parks, schools, and libraries. You could blanket communities like The Rockaways that are still recovering from Hurricane Sandy in a gesture of good will to the whole city — not just the lucky portion where you’ve settled. You could genuinely reach out and do this in neighborhoods where it would be noticed, and improve people’s abilities to communicate with far-flung loved ones. So when you do that, come on back, have a press conference, and get your due plaudits. Fair’s fair. Until then, we can safely call off the medal ceremony.