It turns out there are consequences for inciting terrorism online. 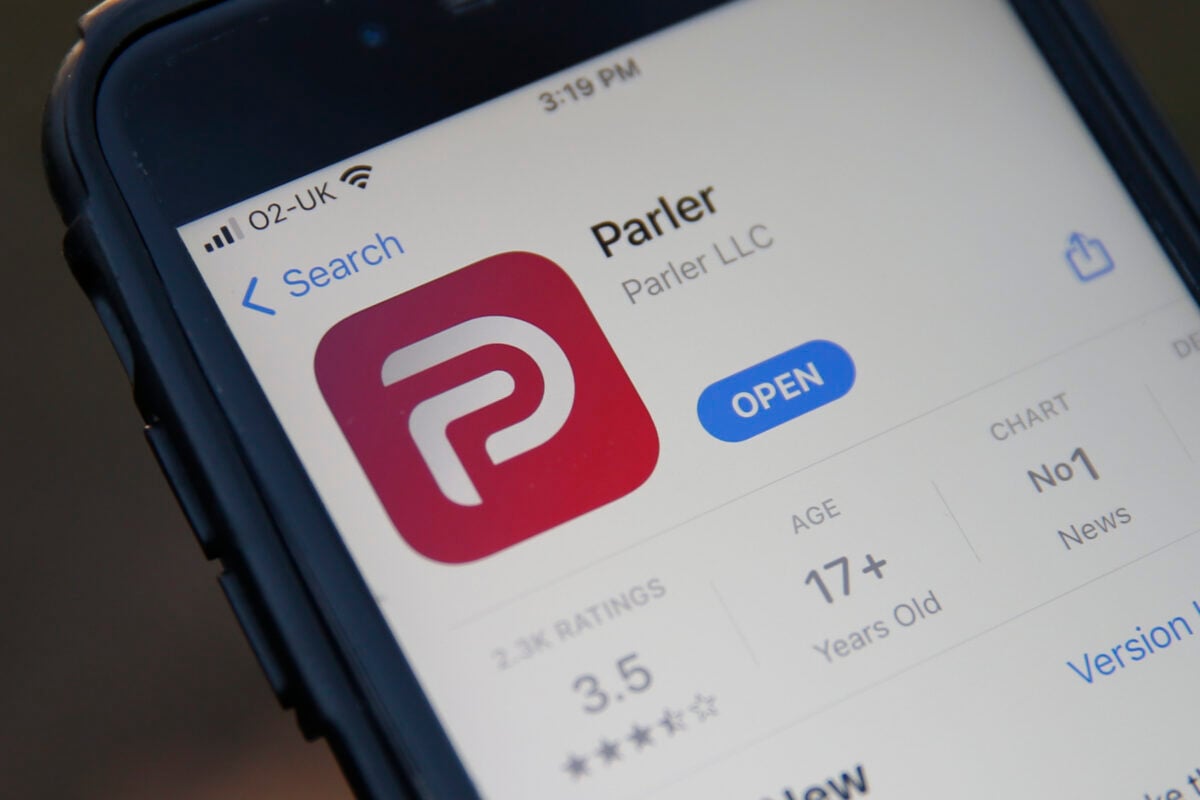 The domestic terrorism attack on the U.S. Capitol building on Wednesday has brought swift repercussions for those involved. Terrorists from across the country have been arrested, Nancy Pelosi is rushing articles of impeachment to the House floor, and (at long last) tech companies are taking a stand against alt-right instigators with Donald Trump himself being permanently banned from Twitter.

When Trump and his cohorts were banned yesterday from Twitter and Facebook, it was assumed that their followers would join them on Parler, the alt-right social media app that boasts free speech with zero restrictions. The platform was filled with calls to violent action, threats to government officials, and plans for both Wednesday’s attack and future attacks coinciding with Joe Biden’s inauguration. But Parler, which is like Twitter but with way more nazis, is about to face their own reckoning in light of the violent and hate-filled posts that flood their app.

Apple has threatened that they will remove Parler from their App store unless the social network commits to “removing content that encourages illegal activity and poses a serious risk to the health and safety of users.” Apple released a statement giving Parler 24 hours to comply, saying “We want to be clear that Parler is in fact responsible for all the user generated content present on your service and for ensuring that this content meets App Store requirements for the safety and protection of our users.”

Google has already pulled Parler from its app store due to a violation of their moderation policies, most notably allowing posts that incite violence. A spokesperson for Google said, “We recognize that there can be reasonable debate about content policies and that it can be difficult for apps to immediately remove all violative content, but for us to distribute an app through Google Play, we do require that apps implement robust moderation for egregious content.”

Parler’s chief executive John Matze had previously refused to take any responsibility for fomenting the violent attack that left 5 people dead, claiming that Parler is “a neutral town square that just adheres to the law.” He later swiftly promised to comply with Apple’s demands.

Apple and Google’s actions were part of a long overdue move by big tech companies to address violent extremism online. In addition to de-platforming Trump, Twitter banned disgraced traitor Michael Flynn, Donald Trump’s “Kraken” lawyer Sidney Powell, and republican radio personality Rush Limbaugh for violating their policy on “Coordinated Harmful Activity.” A spokesperson for Twitter told NBC News, “We’ve been clear that we will take strong enforcement action on behavior that has the potential to lead to offline harm, and given the renewed potential for violence surrounding this type of behavior in the coming days, we will permanently suspend accounts that are solely dedicated to sharing QAnon content.”

Since these decisive moves, conservatives (at least those who still have Twitter accounts) have been complaining about their 1st Amendment rights and generally crying about their feelings. But, as anyone with even a passing knowledge of the 1st Amendment knows, privately owned companies are not subject to freedom of speech.

The 1st Amendment, 1984, and The Bible gotta be top 3 most cited material by people who didn’t read them

There’s only one slight difference: Twitter is not a nation-state, and Jack Dorsey is not a head of state. pic.twitter.com/Eho7wN8yCY

To all the republicans who are mad Twitter, a private company, refuses to host Trump's account… You should have thought about that before fighting for the right to deny gays wedding cakes 👀

Of course, this opens up the larger questions surrounding Big Tech, i.e. censorship, monopolization, lack of oversight, etc. These are conversations that must be had, and the proliferation of white supremacy and domestic terrorism must be addressed. But in the mean time, it is crucial for public safety that Parler implement some sort of policy against inciting more violent attacks.

Clearly if they won’t, tech companies are finally ready to step up.