It only took four years and an insurrection, but yay. 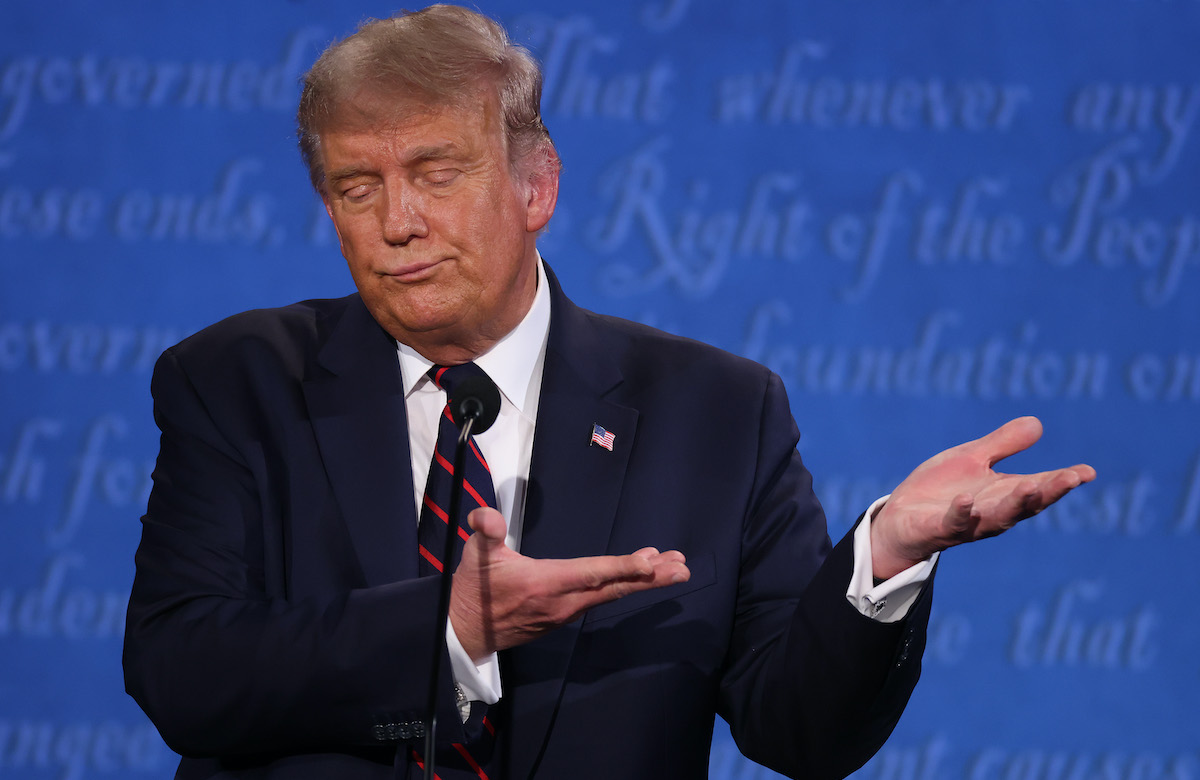 I woke up this morning and the sun was brighter, the air was sweeter, and I could hear the harmonious trill of birds just outside my window. What could be the cause of such beauty, such harmony? At long last, Donald Trump has been banned permanently from Twitter.

Just days after a violent pro-Trump mob stormed the Capitol building in a siege that killed 5 people, Twitter released a statement that read, “After close review of recent Tweets from the @realDonaldTrump account and the context around them we have permanently suspended the account due to the risk of further incitement of violence,”. The social media giant had previously placed a 12-hour ban on Trump’s account for “repeated and severe violations of our Civic Integrity policy”, and warned that his account would be deleted permanently if he continued to violate their policies. Which of course, he continued to do.

In the context of horrific events this week, we made it clear on Wednesday that additional violations of the Twitter Rules would potentially result in this very course of action. https://t.co/NrANZJcAfo

In addition, Twitter noted that Trump’s tweets violated their Glorification of Violence policy, “which aims to prevent the glorification of violence that could inspire others to replicate violent acts and determined that they were highly likely to encourage and inspire people to replicate the criminal acts that took place at the U.S. Capitol on January 6, 2021.”

Earlier Friday morning, over 300 Twitter employees signed a petition calling for the site to permanently ban Trump, writing “We must examine Twitter’s complicity in what President-Elect Biden has rightly termed insurrection. Those acts jeopardize the wellbeing of the United States, our company, and our employees.”

On Thursday, Facebook CEO Mark Zuckerberg announced via blog post that Trump’s account would be banned “indefinitely”. Zuckerberg added, “We believe the risks of allowing the President to continue to use our service during this period are simply too great. Therefore, we are extending the block we have placed on his Facebook and Instagram accounts indefinitely and for at least the next two weeks until the peaceful transition of power is complete.”

So I guess it only took 5 years of unrestrained vitriol, lying, and hate speech plus an armed insurrection to cause social media to finally do something about our toxic commander-in-chief. Better late than never, I suppose, but still. Twitter and Facebook get the smallest and stalest of cookies for finally enforcing their code of conduct.

Perhaps the best part of all of this is that you KNOW Trump is furious over losing his favored megaphone. A consummate Twitter addict, Trump tried to circumvent the ban by using his additional accounts like @TeamTrump, which were quickly banned as well. Then, his sycophants offered up their accounts, but were quickly smacked down by the ban hammer as well:

Trump campaign digital director tweeted @DanScavino to use his account for Trump and was swiftly suspended: https://t.co/muQkbPweFB pic.twitter.com/cyEeDTkoi6

Twitter released a statement saying, “If it is clear that another account is being used for the purposes of evading a ban, it is also subject to suspension, … For government accounts, such as @POTUS and @WhiteHouse, we will not suspend those accounts but will take action to limit their use. However, these accounts will be transitioned over to the new administration in due course and will not be suspended by Twitter unless absolutely necessary to alleviate real-world harm.”

Trump’s final tweet looks to be this hilariously overwrought image of the Twitter logo with a hammer and sickle: 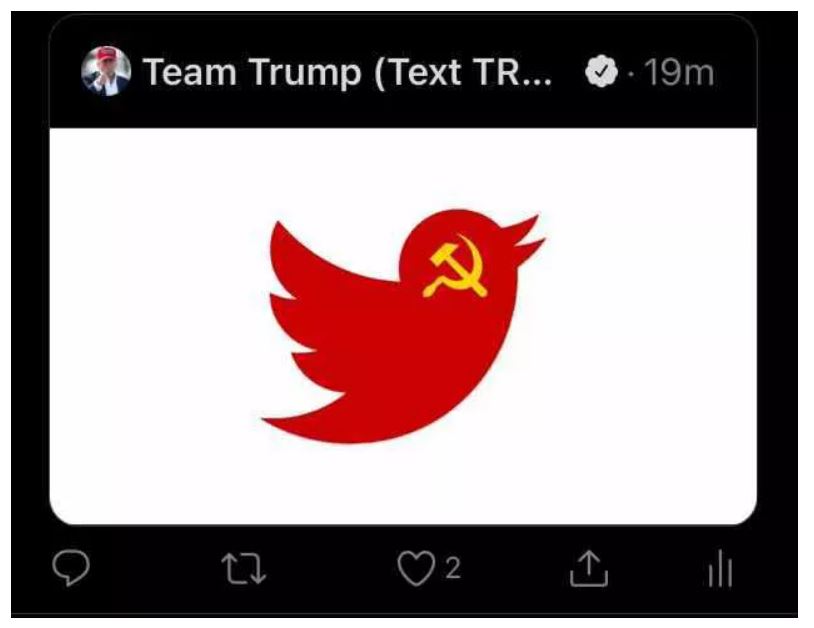 Jonathan Greenblatt, the CEO of the Anti-Defamation League, called the ban an “excellent step,” adding that it was “A fitting end to a legacy of spewing hate and vitriol. President Trump incited the violent riots at the Capitol using social media & paid the price.”

The de-platforming of our odious president? You truly love to see it. Although you probably don’t love it as much as this particular Twitter user does: