Golden Globes 2019 Recap: A Light and Bubbly Show With Both Great Moments and Some Disappointing Results

Why is 'Green Book' a thing? 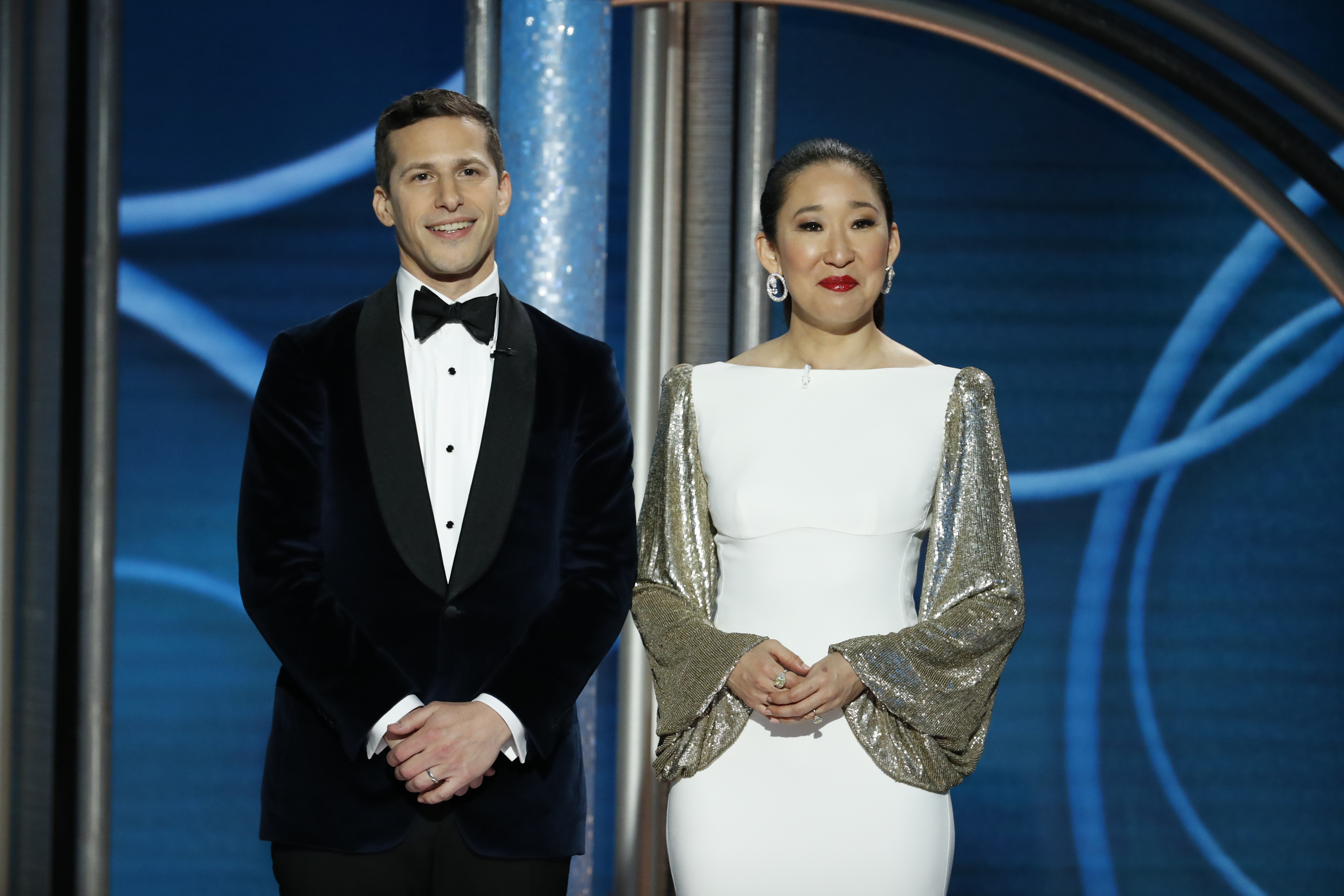 Andy Samberg and Sandra Oh prove that they should be Hollywood’s next call to host the Oscars as they kick off Hollywood’s favorite excuse to be drunk on camera. The pair started off with a quick joke about how they’re the only people left in Hollywood who haven’t said offensive things, then quickly launched into a gentle roast of many of Hollywood’s biggest names. Oh teared up when she spoke about diversity and the face of change in Hollywood in an affecting moment after a series of pleasant jokes about the nominated films, capping off an important year in film. While some found their hosting bit to drag on too long, others found it to be charming.

Overall, the pair’s genial, upbeat attitude has made them perfect hosts for the light and frothy Golden Globes. It’s nice to not have to immediately blog about how deeply problematic all the jokes are. Plus, Oh’s unrestrained joy at being present on the stage, including after her win for Killing Eve, fit the Globes’s general fun vibe perfectly. Please let Oh, or Maya Rudolph and Amy Poehler (who did a delightful faux-proposal bit during their presentation), host the Oscars to keep the magic going.

The Globes were a usual mix of positives and negatives. On the one hand, several deserving films and people took home major love, and on the other hand Green Book won Best Screenplay and Best Motion Picture, Comedy or Musical. Seriously, a film that has drawn criticism from both Dr. Shirley’s family and critics takes home these two major awards? Against several other deserving nominees? No. Academy Awards, don’t pull this when you drop your nominations and winners. Please let something else win there.

Similarly, Bohemian Rhapsody winning when Bryan Singer exists is not very good. Let’s try to be better next time, shall we?

Regina King and Sandra Oh provided one of the best moments of the night when King won Best Supporting Actress in a Motion Picture for If Beale Street Could Talk and Oh won Best Actress in a Television Drama for Killing Eve. King spoke in an emotional speech about using her platform for good and ensuring that for the next two years, her projects would be 50% women; Oh thanked her proud parents in Korean and delivered a joyful, surprised speech after her name was announced. Representation matters, and here it was plain to see. King now remains the frontrunner for Best Supporting Actress at the Academy Awards.

Glenn Close’s emotional speech about wives, including her own mother, was also incredibly powerful. She spoke about finding personal fulfillment and how women should be allowed to do that after winning Best Actress in a Drama for The Wife, which led to the crowd rising to their feet to support her; she might be the one to beat for Best Actress.  In other cinematic news, Afonso Cuarón took home Best Foreign Film and Best Director, proving that Roma might be the film to beat at the Academy Awards; the wins mark Netflix’s first major victories at the Globes for film.

One big surprise? The Kominsky Method taking home Best Comedy Series, when nearly no one was talking about it. The series might follow the Golden Globes trend of having obscure shows win that, well, stay mostly in obscurity. Plus, The Good Place is right there; the show is dominating the cultural conversation and making nearly every top ten list out there. When will that show get the awards glory it deserves?

This year was also special in that it introduced the Carol Burnett Achievement in Television Award for those who have made significant contribution to the medium of television. The first recipient was, of course, Carol Burnett, who delivered a powerful speech about how her show happened at the right time. Seeing Burnett honored for all she’s done to advance comedy and television, especially female comics, is empowering, and we salute her here on this lovely, star-studded evening.

Check out the winners list here, and let us know what you though of the ceremony in the comments section.