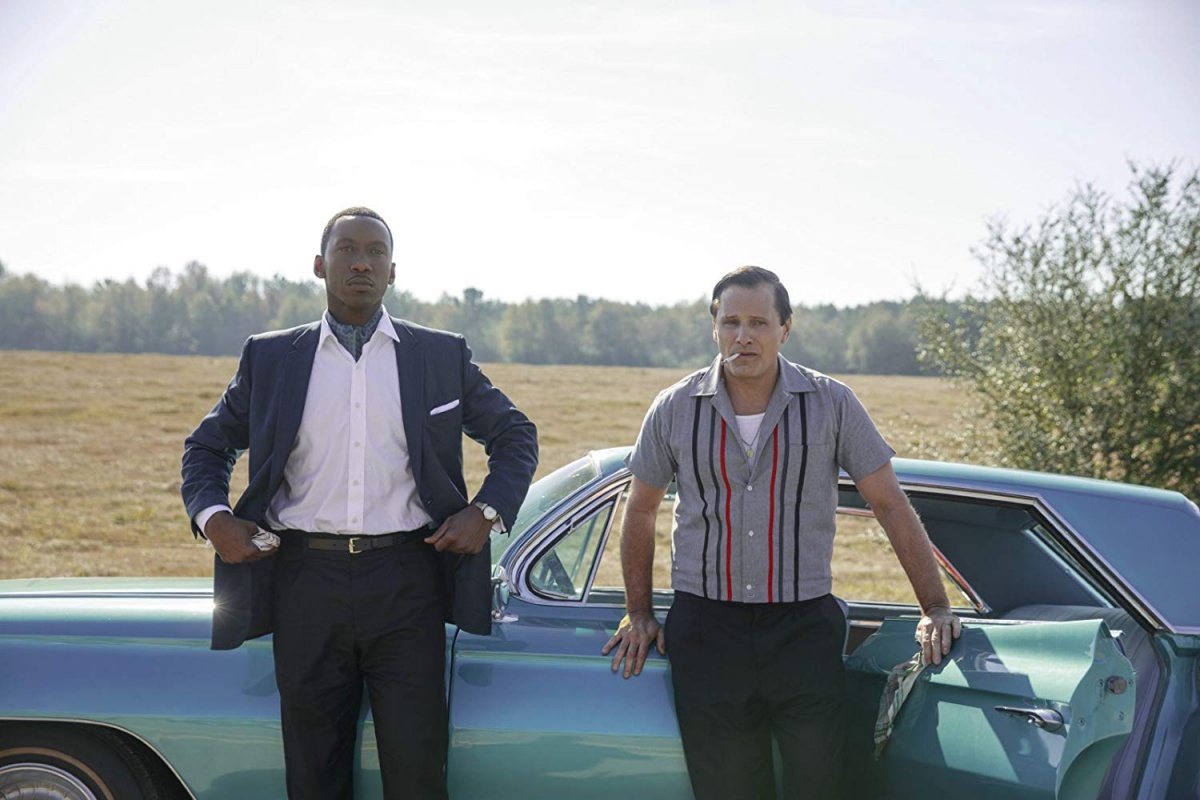 The National Board of Review, a century-old New York-based “film enthusiasts collective” kicked off the awards season with a list of what they consider to be the “best of” in film from the past year. The board has declared Green Book the best film of 2018, according to Variety.

So what is Green Book? The title comes from The Negro Motorist Green Book, an annual guidebook for African-American road trippers, commonly referred to as the “Green Book.” It was originated and published by New York City mailman Victor Hugo Green from 1936 to 1966, during the era of Jim Crow laws, to help African-American travelers realize which places would be the most dangerous.

The film, written by Nick Vallelonga, Brian Hayes Currie, and Peter Farrelly (all white guys), is the story of real-life New York City bouncer Tony “Tony Lip” Vallelonga (an actor who played Carmine Lupertazzi in the HBO series The Sopranos), searching for new employment after his nightclub is closed for renovations, and eventually landing an interview to be a driver for famed Jamaican-American pianist Don Shirley. The movie is about their relationship, and it’s no surprise that Tony’s real-life son, Nick Vallelonga, is one of the writers.

From the moment I first saw the trailer for Green Book, my reaction was “oh, one of those movies.” It seemed like the type of tepid racist buddy comedy that comes out every couple of years to try to say, “Racism would be solved if people just spent time together,” as if the centuries that black people spent enslaved on the fields and in the houses of white plantations wasn’t enough of a team-building exercise.

Feel-good movies about racism, even if they’re based on real-life events, are just tired.

Just like The Help, you see there is a huge disconnect between black film critics and white ones when it comes to discussing Green Book. IndieWire’s Tambay Obenson wrote about how the film has a “magical negro” problem, where Shirley is just a prop for Vallelonga’s transformation, with the latter’s family and backstory being fully fleshed out (his son, again, is one of the writers), while Shirley’s family is just a namedrop: “Farrelly and his team probably believed that they were depicting an ‘exceptional’ African American in a positive light, but the character is still ultimately secondary and serves as a plot device.”

Jourdain Searles, in The Ringer, wrote not just about the film, but the reactions she heard in the audience to certain racial terms: “Many of the jokes in Green Book are derived from moments of humiliation for Shirley, and minorities in general. A scene in which Vallelonga and his wife (Linda Cardellini) discuss “traveling while black” was met with loud jeers from the audience at the screening I attended. Racial slurs such as ‘eggplant,’ ‘moolie,’ and ‘chink’ also got audible laughs.”

Shadow and Act wrote in their review that “Though the Green Book [Tony] shuffles through for Dr. Shirley promises comfortable hotels, through Lip’s eyes, the motels he finds are not cozy homes away from home but rundown slums crawling with stray cats and dice-shooting Black people. Lip even remarks to himself that the Green Book is essentially offering false advertising to its desperate consumers.”

Meanwhile, Shadow and Act noted that Maira Liriano, Associate Chief Librarian of the Schomburg Center for Research in Black Culture (which holds the largest collection of Green Books in the country), strongly disputes Lip’s assessment of “false advertising.”

Maybe then he should have found more resources.

Variety‘s Owen Gleiberman said the following in his reaction to Green Book’s poor turnout at the box office: “But really, what is the movie’s crime? It’s based on a true story, which it tells with considerable depth. It’s not trying to make a grand statement about race except for the idea that white people and black people, to the extent that their backgrounds and experiences separate them, should try to understand each other better. Sorry, but I must have missed the place where that became a reactionary message.”

The answer is “When that proved to have literally never worked in this history of this country.” We live in a society where people who voted for Barack Obama also voted for the man who led a racist agenda against him for essentially his entire presidency. Black people and white people should try to understand each other better, but why does that always have to be framed with Black people doing all the work?

Let’s be clear: This has nothing to do with “wokeness” or needing this movie to be “woke.” It’s about the fact that these movies are not for Black people, but utilize Black pain and black historical trauma to craft feel-good movies to make white people cry—the same white people who will still upturn their nose at Black Lives Matter protestors, who will still vote for Trump, and who feel being called out for racist behavior is just as bad as being a victim of racism.

A black or brown person “teaching” a white person to not be racist, in return for learning to enjoy fried chicken, is not a fair exchange.

Green BookNational Board of Review