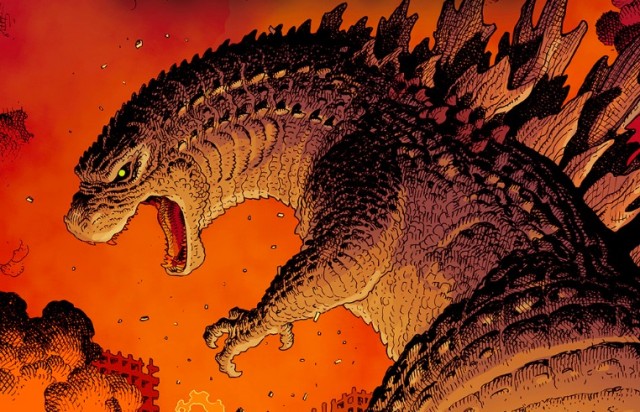 Godzilla has to be a movie of epic proportions if for no other reason than its eponymous monster’s physical size. Its equally massive marketing blitz is just ramping up ahead of the movie’s debut on May 16, and no single part of that campaign succeeded in getting me more excited for the movie than reading the prequel graphic novel, Godzilla: Awakening.

(You can read my interview with Godzilla‘s screenwriter and co-author of Awakening right here.)

Awakening picks up decades before the main action of the film and focuses on Mr. Serizawa, who was present when the story began at the bombing of Hiroshima. The book uses this character, who is a reference both in himself and in his son to Dr. Serizawa from the original Japanese Godzilla film, to bridge the original’s story with the new version. This sense of connection to the original movie and Godzilla‘s past of nuclear symbolism is one of the strongest points of the book. 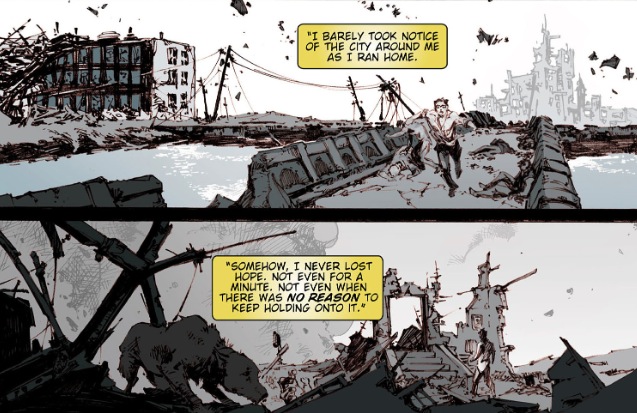 The original movie was more than just a monster movie, and it made strong statements about the ethics of modern weaponry and symbolically and literally showed the devastation of modern warfare. Awakening taps into the spirit of those allusions, pays due respect to Godzilla‘s original message about the atomic bomb, and also uses that foundation to move the story in a direction towards a larger statement about humanity’s reverence (or lack thereof) for nature.

Of course, the book also has the requisite Kaiju action, but being an origin story, it takes its time teasing Godzilla’s eventual appearance. While there’s not the kind of widespread destruction you might expect from a Godzilla story, the suspense and restraint feels natural and fits the medium well.

A giant monster ravaging a city in still images doesn’t have the same impact as it would on a giant screen in full 3D glory, so the graphic novel focuses a lot on Serizawa’s quest to track down the book’s monsters and prove their existence. It works well, and the tension between those who want to just destroy the monsters and Serizawa’s understanding that they’re just a part of nature creates a really interesting human side to the story, which is what a Godzilla tale needs to drive it. 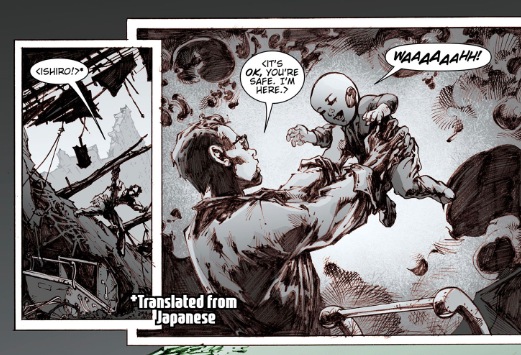 If there’s one stumbling block the book hits, it’s that it was obviously intended to be a background for the movie, so it’s fairly short. While it does have its own story arc and conclusion, it’s definitely setting the stage for something bigger. It does that job really well, though, and provides a great backstory for the reboot that both pays homage to the original and sets up a compelling new story. If you’re a Godzilla fan, I think you’ll appreciate what they’ve done with the series here. I sure did.

I also got the chance to talk to the graphic novel’s co-writer, Max Borenstein, who wrote the screenplay for the film. He had a lot of interesting things to say about the book, the characters (both human and beast), and how this all relates to making an interesting Godzilla movie, so we’ll have that conversation and more Kaiju-fueled content for you over the next few weeks. 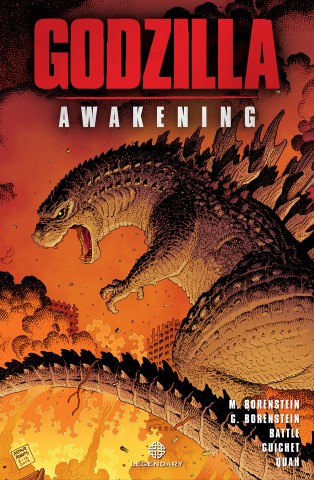 Godzilla: Awakening will be in stores on Wednesday, May 7.