Glee and Community Have the Same Prop Department, It Seems 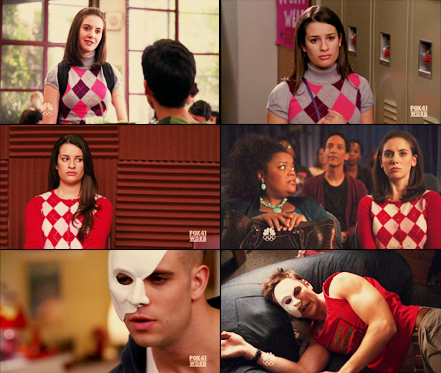 Glee and Community: You knew they were both excellent first-season comedies with one-word names, but did you know that they had very, very similar props and costumes on more than one occasion? The above side-by-side comparison, put together an anonymous eagle-eyed TV viewer and discovered in the glorious chaos that is 4chan’s /tv/ board, puts that question to rest.

Update: Another blogger informs us that this Tumblr is the original source.

While I hesitate to say that the more popular Glee flat-out rips off Community, I will note that in the one comparison I could definitively source, Community did it first (and, arguably, funnier) by three months.

Update2: We’re hearing from a lot of sources that Glee and Community film on the same set, which goes some distance towards explaining the common pool of props. (Though the decision to duplicate some of them between shows could be a form of jousting between the folks behind each.)

Further explanation of the side-by-sides below:

Middle: Another argyle explosion: this time, Lea Michele to the left, Alison Brie to the right.

Update: ONTD commenters point out that the neckline on Alison Brie’s sweater is different — while this could be an entirely different sweater, it could also have been sewn on.

Bottom: Glee‘s Puck (Mark Salling) wears the same Phantom of the Opera mask as Community‘s Jeff Winger (Joel McHale). While I can’t claim to know Glee or Community well enough to know which argyle came first, in this case Community clearly did it first. McHale wore the Phantom mask in Community’s “Communication Studies,” an episode which aired on February 11th of this year (source); Salling didn’t wear the mask until “Bad Reputation,” which aired on May 4th. (source)

If you can identify the episodes for the first two comparisons, we’d love to hear about it in the comments.