After Her Haywire Breakthrough, Gina Carano Wins Another Action Role 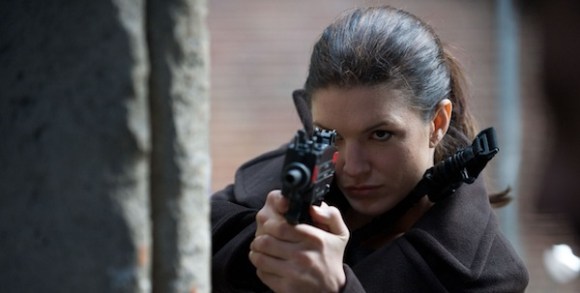 After her very well-received turn in Steven Soderbergh‘s action flick Haywire, Gina Carano has scored her first follow-up! And it will give yet another opportunity to show off her stunning martial arts stuntwork. Carano is set to take the lead role in the action thriller, In the Blood, which will be directed by John Stockwell (Blue Crush, Into the Blue). No information yet on whose ass she will be kicking in this one.

A retired MMA fighter with a nearly undefeated record (that one defeat comes with a drug-related asterisk on the part of her opponent), Carano proved herself capable of taking people down both in the ring and onscreen. Her fight scene with Michael Fassbender had a lot of people talking about Carano being on par with Bruce Lee and Jackie Chan. Not only that, but critics including Roger Ebert said that as an actress, she held her own with such high-profile players as Fassbender, Channing Tatum, Antonio Banderas, Ewan McGregor, and Michael Douglas.

Well, she has, indeed, earned the trust of the industry. Carano will play a lead role in In the Blood, about a woman whose husband disappears while they are on vacation. Believing he’s been killed, she goes after the people she thinks are responsible in a “passionate and reckless” pursuit. And according to Stockwell, speaking with The Hollywood Reporter, the disappearance of her beloved is not the only thing she’ll contend with:

“This role will showcase not only Gina’s fighting skills, but also her acting abilities as her character struggles to reign in her violent past.”

It’s official: Hollywood trusts Gina Carano to carry a movie with her bona fide stuntwork and her acting, and they are ready to help to make her a star.