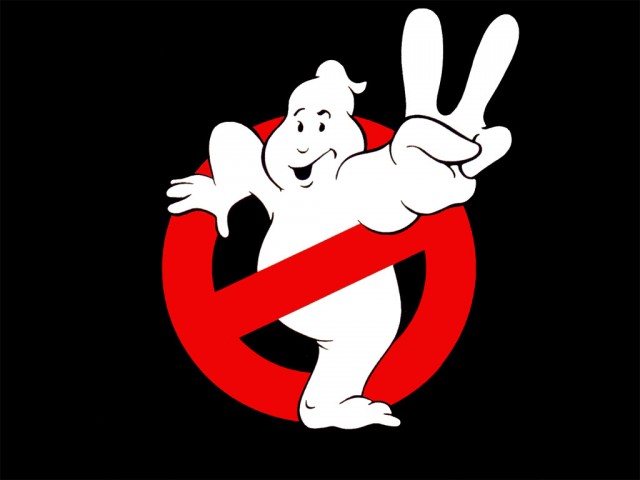 I simply love the first Ghostbusters movie, though I know it has issues. It gets lost a little in the last third, and its treatment of women is not exactly that positive (right from the opening, where a professor is targeting a student for sex). Despite that, I’d still argue that the movie contains some of the greatest filmmaking of all time. Okay, I might be biased as I’m a fan, but even Bill Murray agrees. Clearly he’s not biased because he’s Bill freaking Murray. I won’t argue with Bill freaking Murray.

The Ghostbusters fandom has been vocal for thirty years now; they even got a sequel made back in an age when sequels were pretty rare – and though GB2 isn’t great, it does have some high points. GB fans then got lucky again when Ghostbusters spawned cartoons and comics, and though they radically changed the team, the fandom still enjoyed the expansion of the GB universe. The franchise has slowly shuffled along for decades in many different formats – except for more films. Thus, you’d think the GB fandom would be overjoyed to learn that, at long last, the fans are getting another chance to wave their neutrina wands in a big-screen outing. You’d be even more inclined to think that when you consider that four of the funniest people in comedy have been chose to star in the new film, with involvement from Dan Aykroyd.

Tragically, that is not the way of the internet, and some GB fans are reacting like the new Ghostbusters movie is the end of the known universe. “Human sacrifice! Dogs and cats, living together! Mass hysteria!” Somehow, though no one can explain how, this new movie will tarnish the original Ghostbusters movie forever; it’s an abomination best nuked from orbit, and it hasn’t even been made yet. So why all the gnashing of teething and wailing of Adam’s apples?

From what I and others have observed online, the people yelling that “This will ruin their childhood!” and other melodramatic claims tend to fit into a certain demographic: they are male, mostly white, in their late thirties and early forties, and they grew up loving the original Ghostbusters. While there is nothing intrinsically wrong with any of those things, the cry came up loud and clear: “Everything was fine with our system until the power grid was shut off by dickless here.”

Because, of course, the new Ghostbusters team is comprised entirely of women. Harold Ramis apparently approved of Paul Feig’s idea to cast an all-female team of Ghostbusters, and Dan Aykroyd, Bill Murray, and Ernie Hudson have all come out in support of the new cast. In fact, half the women in the cast were those that Bill Murray originally suggested. But these old GB fans want the original guys and a repeat performance. “Egon, somehow this reminds me of the time you tried to drill a hole in your head. Do you remember that?” That ship sailed long ago, and the blame falls all over the place, so let’s not get caught in that particular ghost-trap. One of the original cast is sadly passed and another has no interest, so you’re already down to fifty percent. And it’s been thirty years – have you seen Dan Ackroyd these days? If he busts anything, it’s likely to be his hip. The only original Ghostbuster that looks physically up to it is Ernie Hudson. This is the impossible dream, and it is time to let it go and move on.

I’ve heard pretty much every excuse for why the new Ghostbusters will suck, but not a single one is a genuine reason. So just for fun, let’s run over a few of these excuses, ideally in a heavily-laden Ecto-1:

Okay, are you kidding? Women soldiers, weightlifters, and a lot of other women in hardcore professions would like a very loud word with you. My spouse is a baker, she hefts huge bags of flour and sugar all day, way heavier than a proton pack.

That’s not even a reason, I have nothing concrete to refute as the statement lacks so much substance. Women can be doctors, firefighters, and police officers, but somehow they can’t be Ghostbusters? Nope, next.

Congrats on mansplaining that to the 51% of the world that would like to decide for themselves. Nice shooting, Tex.

One commenter on a certain gaming website clarified what the problem really is for a lot of men: “I don’t understand why they are women.” Please note that aside from removing the swearing, this is the unedited quote:

Why? Just why!?! Was there something wrong with the original Ghostbusters? Oh I’ve got a great idea! How’s about a remake of Steele Magnolias with an all male cast! Or better yet just leave s*** the f*** alone already.

Men don’t want women doing what has been exclusively (in the movies) a male activity – busting ghosts. One commenter summed this casual misogyny up with the grammatical nightmare of a comment, “So secretaries have been casted now …” Or try and make sense of this particular objection: “It doesn’t make sense for it to be an all female cast. It was an all male cast in the first two films because that was how they were written.” I suggest that the commenter take up a relaxing hobby like collecting spores, molds, and fungus.

These haters just don’t want to see women doing comedy. One comment I read said, “Men are funny, women aren’t.” Comedy is known to be a wildly misogynist world already, from the performers, to the venues, to the audience, which makes it very difficult to become a successful comedian as a woman. In fact, when you really look at all the complaints about the new Ghostbusters film, it comes down to a simple triforce:

Because, you know, once something is written for a man it, cannot be changed! I suspect that Ripley would disagree, probably with a M41Ab Pulse Rifle.

That last point is of particular interest to me. Trans women embody the rejection of masculinity, and it’s one of the reasons why trans women get so much hate from men. The reverse is partially true for trans men, through no fault of their own; they are more accepted by the patriarchy as they are seen to be embracing masculinity, but this can add to the problem of trans male invisibility. This switching of a male cast to a female cast for a big franchise is unsettling for a male dominated society. What could happen next?!

How about a female Indiana Jones, Jason Bourne, or Doctor? Although only one of those it likely anytime soon (come on Moffat!), just why couldn’t many of our favourite characters gender flip? Could Ghostbusters be the start of a trend in mainstream movies? No reason exists for films to be as male dominated as they are, other than men wanting to keep things the way they’ve always been. The Hunger Games has been the number-one film at the domestic box office two years in a row – having a female lead in a movie puts bums in seats.

According to the MPAA, 52% of cinema-goers are women, and their tolerance for the sheer volume of male dominated movies Hollywood pumps out is wearing thin. Times are changing, and women are forcing equality forward. Can Hollywood change fast enough? Maybe it can, as the new Ghostbusters could be seen as proof that Hollywood realizes that having female leads in a movie can equal a higher cinema attendance, which in turn means increased profits for studios. It’s all about the dollar.

Can society as a whole change too? Will the misogynistic quotes above become a shunned relic of an earlier time? Eventually yes, as societal change is happening with or without male approval, and – although change often feels glacially slow for those that live through it – change is inevitable. You get to pick the side of history you want to be on; you’re either for equality or you’re against it. A lot of eyes are on the new Ghostbusters, both inside and outside the industry, as it could represent a huge shift in the way Hollywood casts movies. No pressure or anything, but I really want the new Ghostbusters movie to be excellent. Don’t let the ladies down, Paul Feig.