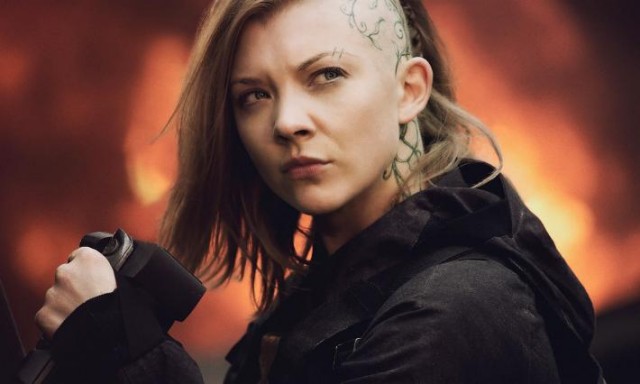 On Wednesday night, The Hunger Games: Mockingjay — Part 1 hit $333.2 million at the domestic box office, making it the highest-grossing film of 2014—yep, even higher than Guardians of the Galaxy. I believe the film owes this honor partially to Natalie Dormer’s shaved head (sorry, Karen Gillan’s shaved head).

This is the second year in a row that a Hunger Games film has hit number one on the US box office chart, the first time in over a decade that a franchise has held the top spot consecutively. Plus, it did so without a the added costs of 3D or IMAX tickets (unlike Guardians, which I definitely saw multiple times in IMAX 3D). No film has managed the top spot without those added benefits since 2006.

Of course this also means that for two years in a row the top-grossing American film has been a female-led genre film. Perhaps this will convince studios to start putting more money into action franchises with kick-ass ladies, or even to up the number of female superhero movies we have coming out in the next few years. I’d love to see Mockingjay — Part Two nab the top spot again next year, but with competition from Star Wars and Ultron, it’s hard to say. But I thought Guardians had 2014 in the bag, and the power of Jennifer Lawrence’s archery skills proved me wrong there, so we can have hope. Three years in a row would be pretty revolutionary (and that’s right up Katniss’s alley).