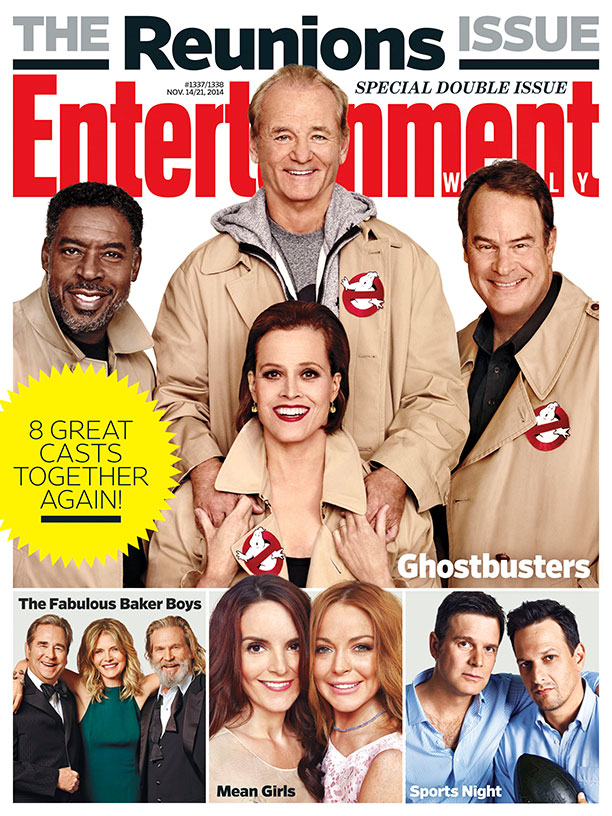 Entertainment Weekly got the band back together.

They write, “We called up the original Ghostbusters and convinced Bill Murray, Sigourney Weaver, Dan Aykroyd, Ivan Reitman, Ernie Hudson, and Annie Potts to don the famous ghost logo once more as they shared stories about auditions, the Ghostbusters legacy, and the late Harold Ramis.”