The festival gathered ghostheads from across the world for a day of celebration on the Sony lot. 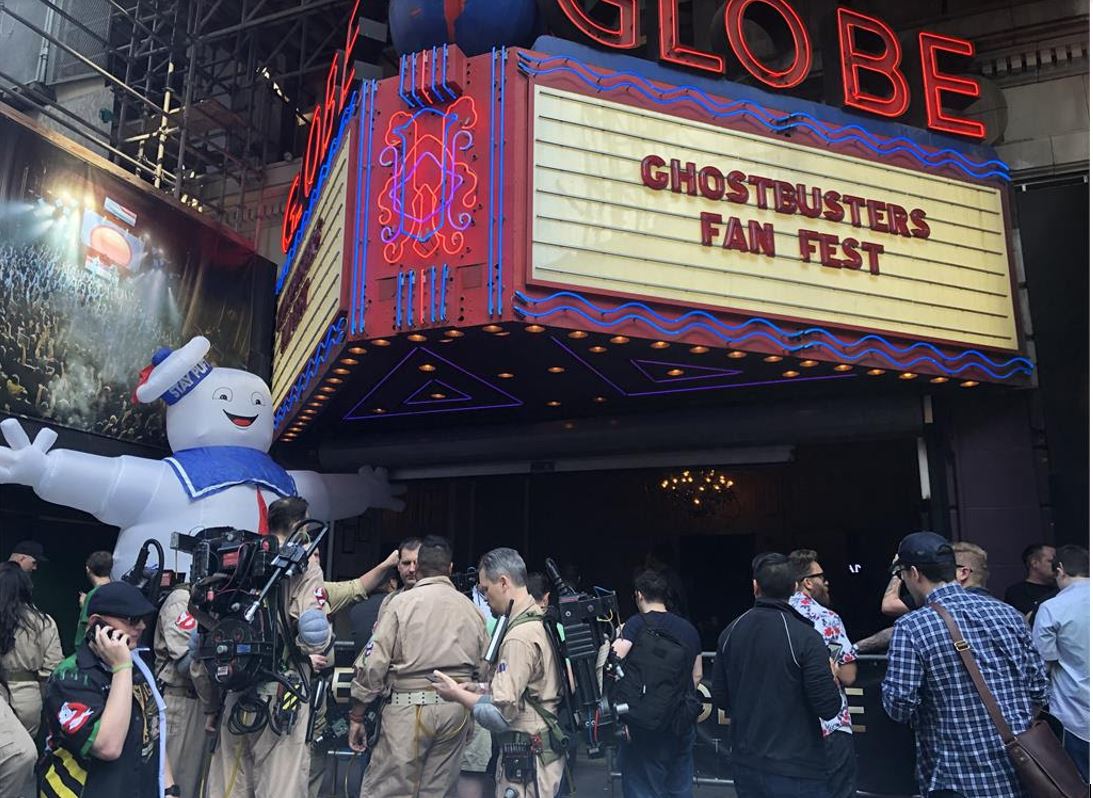 Ghostheads from across the globe gathered in Los Angeles, CA on Saturday to celebrate the 35th anniversary of Ghostbusters (1984). The Ghostbusters Fan Fest took place on the Sony lot, where fans were treated to a day of programming, panels, autographs and photo ops with the cast and crew of the iconic series, including Ernie Hudson and Dan Aykroyd. In addition, fans got the chance to hear from their favorite writers and animators behind The Real Ghostbusters and Extreme Ghostbusters, as well as the writers and artists behind IDW’s Ghostbusters comics.

The event was a collaboration between Wizard World and Ghost Corps, Ivan Reitman and Dan Aykroyd’s production company that oversees the Ghostbusters brand and expansion. And while fans were excited to celebrate the series and get a sneak peek at some exclusive merch, many were there to find out new details about Jason Reitman’s upcoming Ghostbusters 3. The day before, Sigourney Weaver revealed in an interview with Parade Magazine that she would be reprising her role as Dana Barrett in the film, saying “It’s going to be crazy working with the guys again!” .

Some teasers were revealed during the Directors Panel, which featured both Reitmans and Paul Feig, the director of Ghostbusters: Answer the Call. Jason Reitman remained cagey about any details for the film, saying cryptically “Sigourney has read the screenplay… Dan [Aykroyd] has read it… Ernie’s [Hudson] read the script… Bill Murray has read the script.” The film, which starts shooting in five weeks, has already announced cast members that make up the family at the heart of film: Mckenna Grace (Captain Marvel), Finn Wolfhard (Stranger Things), and Carrie Coon (The Leftovers).

All three directors discussed the intersection of horror and comedy that defines the series. Jason Reitman said, “One of my favorite things about the movies at that time was that they can be funny and scary at the same time, and scary for young people … I want to scare children,” he said jokingly. Reitman’s film takes place in the same universe as the first two films, but takes place in the present day.

Paul Feig was asked about Answer The Call, and his decision to create a new universe for the female Ghostbusters. Feig was unfairly criticized by angry fanboys over creating a new origin story, and toxic fandom tried to sink the film in response. Feig said of the choice, “For me it was, I liked the idea of starting this new teams, and I wanted to work with the funniest people I know, and the funniest people I know are all these really funny women that I work with all the time, so I thought ‘this would be great’ and I thought ‘should it be their daughters’ but I thought, why not let them have their own origin story. I personally didn’t want them to just be handed it, ‘here’s the technology go out and do it’.”

Jason Reitman discussed the fears and expectations behind not only making a Ghostbusters film, but following in the footsteps of his father’s work. “I was terrified of the idea of making a Ghostbusters movie … it was a very intimidating thing. My father is greatest storyteller I know, and made movies that defined my childhood, so the idea of being a director myself was a very scary decision.”

Reitman also took a moment to thank his father for creating the world of Ghostbusters, and to thank Feig for taking on a new Ghostbusters chapter. “to express gratitude to you for kicking down the door on what a ghostbuster and who a ghostbuster could be, any time I see a movie where there’s a SWAT team, there’s that first guy who goes through the door and takes all the damn bullets, and you were the first one through the door and you were the person who allowed me and many other people to make Ghostbusters movies about people of every race, gender, of people around the world … there are all kinds of Ghostbusters movies that I want to see and thank you for making that possible.”

The fest was a fun day for die-hard Ghostheads, and it was delightful to see folks rocking jumpsuits from charity Ghostbusters groups from all over. However, the price of the event was a steep $150, which was the lowest tier ticket you could purchase, and only included general admission. I would have loved to see more guests and panels devoted to ATC, but at the end of the day, who can be mad about rocking out to Ray Parker Jr. with a sea of fellow fans? It’s true what they say, bustin’ makes you feel good.