A German truck driver has admitted to firing at more than 700 cars on the Autobahn during the past five years. 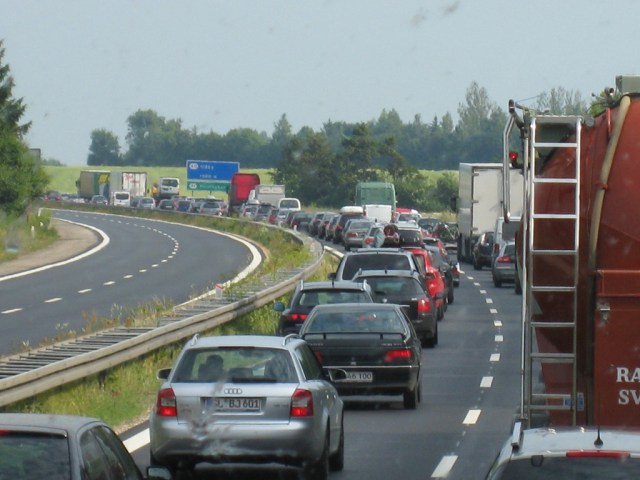 We get that nobody likes being stuck in traffic, but a German truck driver has officially raised road rage to a violent, terrifying art form. A 57-year-old truck driver arrested over the weekend in the country’s Eifel region has admitted to shooting more than 700 vehicles from his truck over the last five years. Luckily, firing from a truck is very difficult, so only one person was injured as a result of the half-decade shooting spree, which the driver blamed on road rage. Not for nothing, dude, but if your road rage is that bad, maybe seek a different line of work than “truck driver.” Just a thought.

The truck driver, whose name has not ben released by authorities, was found to have a cache of weapons at his home, along with more than 1,300 rounds of ammunition. According to investigators, the suspect showed no remorse for his actions and did not seem to care much if he hurt people. That is about what you’d expect from a man who fired rounds at no less than 762 vehicles over a five year span. Proving that not all road rage is created equal, the shooter also seemed to have a particular mad-on for car transporters on the highway.

The case gets a little more odd because the German language has no word for road rage — which should change now. After all, one of its own citizens has pretty much shown the rest of the world how road rage is really done. If that doesn’t merit a unique word, I don’t know what does.