Driver Brags About Hitting Cyclist on Twitter, Finds Out the Police Know About the Internet 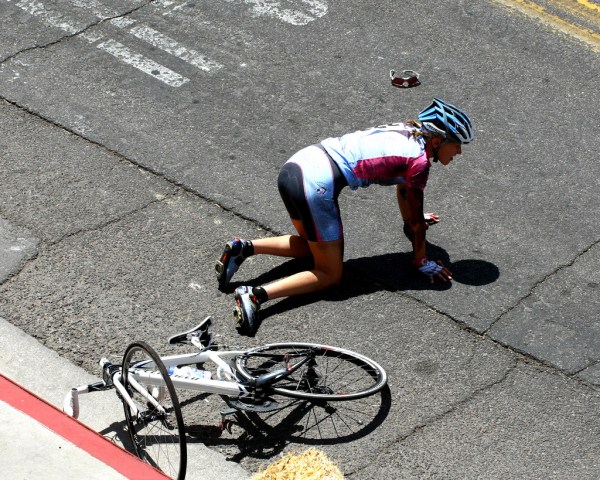 Emma Way, billed as a human being but likely some sort of malevolent hate monster with a blonde wig, had a Twitter account once. Presumably, in her efforts to pass as a human, she tweeted about things she ate and what her friends were up to and many trivial things. A couple of days ago, though, Way tweeted about knocking a bicyclist down with her car and then driving off, because hilarious, right? Sorry, that joke really only lands if you’re a sadistic nightmare demon. Police in the English city of Norwich, though, didn’t share Way’s dark sense of humor, though, and the young woman is now facing legal trouble, which is what happens when you hit someone with a car.

As you can see, Emma Way’s life was made really difficult by the guy she HIT WITH HER CAR. And we see her point. Really, this is kind of the cyclists fault for existing in a place where young Emma was able to hit him with her car, because really, how is she supposed to resist the temptation to do so? And then she’s supposed to what, inform police that she struck someone with an automobile? How troubling for her.

Once the tweet went viral and got her in some impending legal hot water, though, Emma deleted her account, robbing us all of countless stories about her hitting people with things and chuckling about it.  Here’s hoping Emma returns to Twitter soon so she can share what will no doubt be an awfully sincere apology. If you need to take notes, here’s a good place to start:

Folks, I know sharing the road is hard, and sometimes accidents happen. If you do find yourself involved in one, pull over, keep your cool, face the music, and good luck. If, however, you must drive away because you are a piece of human waste incapable of behaving like a grownup, probably don’t put it on Twitter? The police know where the Internet is now. Just FYI.