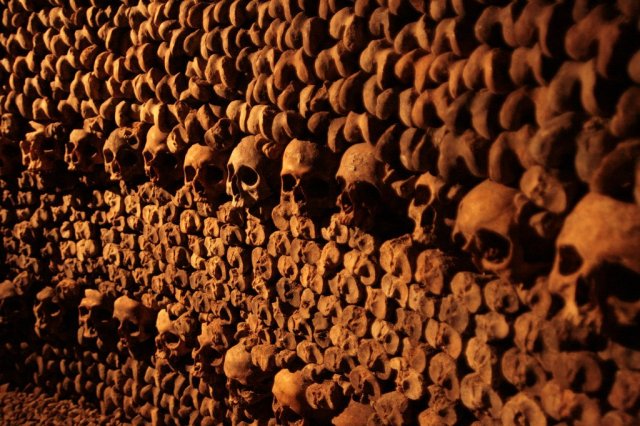 If you’re a murderer who’s banking on no one ever finding the bodies you’ve hidden, you might have cause for concern. A team of researchers are working to refine geophysical techniques used to find bodies in unmarked graves. They basically want real life to be more like CSI. And while we’re on the topic, if you’re a murderer — maybe just don’t be a murderer anymore?

A team of researchers will propose a plan at tomorrow’s Meeting of the Americas in Cancun, Mexico that would have them bury dead pigs in a number of locations and closely monitor the ways in which the decomposing animals underground affect the area. The sites will be located in various climate and soil conditions across Colombia, and sensors like ground penetrating radar will check conductivity, electrical resistivity, and magnetometry.

Similar experiments have been done of sites where pigs were buried to test physical changes in soil such as gas and fluid levels, but the new proposal looks to improve these techniques to make finding lost bodies easier by detecting these changes. To quote that one guy at the beginning of Jurassic Park, “A few more years’ development, and we won’t even have to dig anymore.”

The earlier research showed the importance of knowing how a decomposing body changes the ground in which it’s buried when it comes to finding corpses. This new proposal seeks to make detecting those changes easier and more reliable. This research will focus of finding and studying mass grave sites, presumably because they would have a larger impact on the area around them.

One of the researchers, Carlos Molina, said, “The project’s integrated geophysical survey results will support the search for mass graves and thus help find missing people, bring perpetrators to justice and provide closure for families.”

Not that you should need one, but, “Because authorities are getting much better at finding unmarked graves,” is an excellent addition to the long list of reasons not to murder people.

(via Phys Org, image via nicolafchild)