See you all at SXSW! 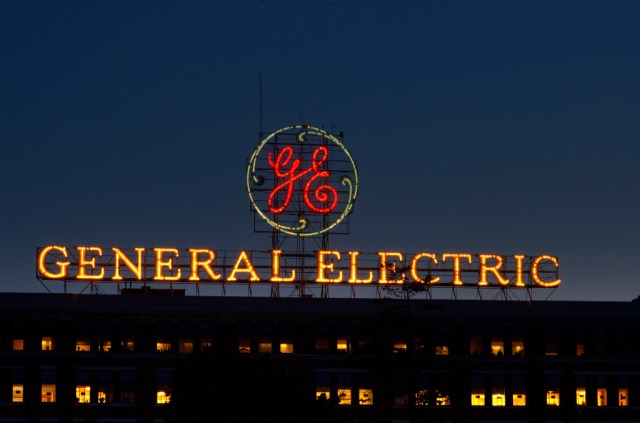 Geekosystem HQ is mid-move, so our regular podcasting setup is in a box at the moment. I set up a makeshift home studio with a borrowed mixer (thanks, Jason) and used it to record a great interview with the GE Global Marketing Director Linda Boff to talk about our upcoming event at SXSW.

This Saturday March 8th Geekosystem is partnering with GE, Quirky, and StarTalk Radio to bring SXSW a “Night of Invention” that’s not to be missed. We’ll be there covering the event backstage and speaking to panelists like Our Friend Bill Nye, Quirky founder Ben Kaufman, comedian Eugene Mirman, and more that I’m not allowed to talk about yet.

Check out the episode right here, or subscribe on iTunes and leave a nice review!

I was really excited to have the chance to talk to Linda Boff from GE. If you’re a regular reader of the site, then you’ve probably seen us talking about them a lot lately, because we really think they’re doing a lot of fun things to promote themselves and the idea of invention. We talked about their “Fallonventions” segment on The Tonight Show Starring Jimmy Fallon.

We also talked about Kid President’s visit to a GE aviation facility, and more.

Boff told me how those things came together, and also talked about some of the things they have in store for the future. (Hint: More Fallonventions are on the way!)

The Night of Invention event at SXSW is going to be really great, so if you’ll be in Austin on Saturday, you can register by going to their EventBrite page. It’s free, and it’s going to be a lot of fun. If you can’t make it, don’t worry! We’ll be livestreaming the event right here on Geekosystem with some behind-the-scenes livetweeting from me down in Austin.

As for your Editors’ Picks this week, the makeshift setup means we had to improvise a bit. The rest of Team Geekosystem called and left me their picks as voicemails, but as usual they also wrote some nice paragraphs about the things they enjoy. Victoria is using this week’s pick for a bit of self-promotion for a side-project she’s doing for Suvudu.com:

This week my pick is a bit of a shameless plug, as it’s a project I’ve been asked to help out with; that being said, it’s still tremendously awesome. Random Houses’ Suvudu website, which is a Science Fiction/Fantasy/general nerd blog with an emphasis on books (you know, because Random House) does a March Madness-style “Cage Match” every year. Basically they pick a bunch of SF/F literary characters and pit them head to head against each other by not only inviting readers to vote for their favorites, but asking authors and writers to imagine how each battle would go down and write it up. In the past they’ve had George R.R. Martin and Patrick Rothfuss to contribute for their characters (ever read that piece of Martin’s blog from a few years back where Jaime Lannister fights Cthulhu? He wrote it for Suduvu) and this year they’ve got Scott Sigler, Jen Huddle, Pierce Brown, and a bunch of other amazing writers. Oh, and also I got asked fill in last minute. Whatever, no big deal, definitely not freaking out about it.

For this year’s Cage Match, they’re going about things a little differently: one side of the bracket will feature the book versions of 16 characters, and the other side will feature the movie and TV versions of those same characters. Also, in addition to the polls and the author write-ups, they’ll be reenacting all the battles in Minecraft. Voting for the first round starts in a few days and will continue into April, and a good nerdy time will be had by all. My first write-up will be coming out sometime around the 10th of this month, so look out for that. Please go easy on me. I am no Scott Sigler.

Oh yeah, and I’m also going to be in one of the Minecraft matches too along with my friend Emily Hughes, so if you’d like to see two grown women fail miserably at beating each other up in a video game that neither one knows how to play very well, come back for that as well!

Carolyn is really into Achewood by Chris Onstad:

For my pick this week I had an oldie but a goodie: the comic Achewood, by Chris Onstad. Since 2001 Onstad has been making hilarious and often scary strips about a depressed cat named Roast Beef and his robot, feline and otter friends. The comic went on hiatus for parts of 2011, and since its return posting has unfortunately been sporadic. But Onstad just put up some new work plus Achewood e-books are now available at www.achewood.com by “honor system, pay when you’re done, I don’t care.” So now is, in fact, the best time to get into Achewood if you haven’t seen inside of Onstad’s brain already.

Dan has been getting into the Play Magnus chess app we told you about last month:

The Play Magnus iOS app from world chess champion Magnus Carlsen is great for anyone who is interested in learning chess or improving their game. It’s got a whole bunch of tutorials and videos on strategy starring Carlsen, and the app lets you play against an approximation of his skill level at any age, so you can get beaten at chess by an 8 year old and feel awful about yourself.

They have plans to eventually add direct player vs. player online matches to the app, and there will eventually be a program that will allow the app’s most skilled users to take on Carlsen himself in a face-to-face match. It’s free, and it has probably the most intuitive controls of any chess app I’ve ever played, so go ahead and give it a shot if you want to get better at chess.

In Ibb & Obb you play as Ibb and Obb. I don’t know what they are, but one’s green and one is a pinkish purple, and you control them independently with the two analog joysticks on the controller. You can play with people where you each control one character, but so far I’ve only played solo, and it’s incredibly frustrating and fun.

You move Ibb and Obb through a world with enemies, constantly reversing gravity, gates only one of them can get through, and a lot of other weirdness. It’s a puzzle game, but solving the puzzle isn’t necessarily the hard part. Even once you know what you need Ibb and Obb to do, getting them to do it by controlling two characters at once is a much more entertaining challenge.

I’ve also been playing this game with my one-year-old daughter as a way to introduce her to video games. The controls are literally simple enough for a baby to use them, so it makes a great first video game. My daughter is terrible at it, but she does seem to understand that moving the joystick moves something on screen, and that’s good enough for now.

That’s it for this week. Hopefully, we’ll be back in our regular setup for the next episode. I’d like to thank Linda Boff for calling in to talk to me, and I’m really looking forward to the Night of Invention event at SXSW and seeing some of the other things GE is working on. As always, our bleepy bloopy theme music is “A Theme for Harold (var. 3)” by Kevin MacLeod.