The Geekosystem Podcast Episode 20 “Space Camp and Gameofthrones” Is Here!

Geekosystem went to Space Camp! Well, Victoria did, and the rest of us have so many questions. 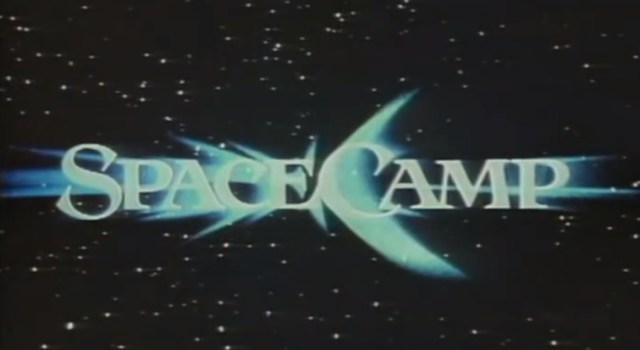 Victoria’s recent trip to Space Camp to promote Cosmos and Live From Space pretty well monopolized the conversation this week, and we all learned a lot about pretending to go to space. She even brought back “astronaut ice cream” for us all to try, and of course we have Editors’ Picks.

As always you can listen to the episode right here on Geekosystem, or you can subscribe in iTunes. While you’re there, why not rate us and leave a nice review?

Besides all the talk of Space Camp, Cosmos, and Live From Space, we also threw some Editors’ Picks your way. Carolyn is excited for a new documentary:

Full disclosure: I haven’t seen Lotfy Nathan’s The 12 O’Clock Boys yet, but if you watch the trailer you’ll see why I’m already pumped. A hit at last year’s SXSW, Nathan’s documentary follows a group of young dirt bike riders in Baltimore, and was called “The Wire with wheelies” by The Torontoist. Says Artforum: “This is what immortality looks like.” So that’s all pretty lofty praise. If you’re in New York, you can see The 12 O’Clock Boys at The Angelika and see if it lives up to the hype, or it’s all available online.

Star Wars: The Clone Wars is coming to Netflix on March 7, and in what is quickly becoming typical Netflix fashion, they’re adding an extra season (7 episodes in this case) to the series and putting the whole thing up for you to watch at once. The trailer for the new episodes looks great and features a lot of Yoda and what looks like the first documented appearance of a Jedi ghost, so check it out, because it’s probably a lot more enjoyable than Episodes 1 through 3.

Besides Space Camp, Cosmos, and Live From Space, Victoria thinks you should check out Broad City.

Once again I feel like we’ve talked about this already, but picks kind of snuck up on me because of Space Camp, so if that’s the case then just deal with the double recommendation. My pick is Broad City, a show on Comedy Central about two women (Abbi Jacobson and Ilana Glazer) living in New York and making a mess out of their lives. This is the show that Two Broke Girls SHOULD have been — although there probably would have been less drugs and sex if Broad City were put on a network, of course. But it’s actually filmed in New York and has a pretty diverse cast, so it feels a lot more honest and a lot more interesting. Hannibal Burress alone is definitely a reason to watch, but obviously Abbi and Ilana are amazing as well. And it’s only five 30 minute episodes in, so it’s easy to get caught up over at the Comedy Central website. It’s already gotten a second season, so trust me, it’ll be worth your time.

Glen tripled-up on his picks this week recommending The Tonight Show Starring Jimmy Fallon, and by proxy Late Night With Seth Meyers.

Jimmy Fallon has been the best thing about late night talk shows for a few years now, and it’s great to see him take over The Tonight Show because it’s supposed to be the best, but hasn’t been for a long time. There are a lot of shows looking to “deconstruct” the late night talk show format. People like Eric Andre and Chris Gethard take wild liberties with their talk shows, and the results can be really great. I’m just not convinced the classic late night talk show needs deconstructing. There’s a reason The Tonight Show has been running since 1954. It works, and Fallon does it better than anybody.

Unrelated to late night television, I also think you should check out History’s Vikings. The second season premieres this Thursday, so I’ve been catching up on the first season and really digging it. It’s similar to Game of Thrones, in that it’s about power struggles, but with a more grounded story and easier to follow characters.

Our beep-boopy theme music is Kevin MacLeod’s “A Theme for Harold (var. 3)”