Geekosystem Podcast Episode 37 "Armed to the Teeth" | The Mary Sue

The Geekosystem Podcast Episode 37 “Armed to the Teeth” Is Here!

There will be darts. 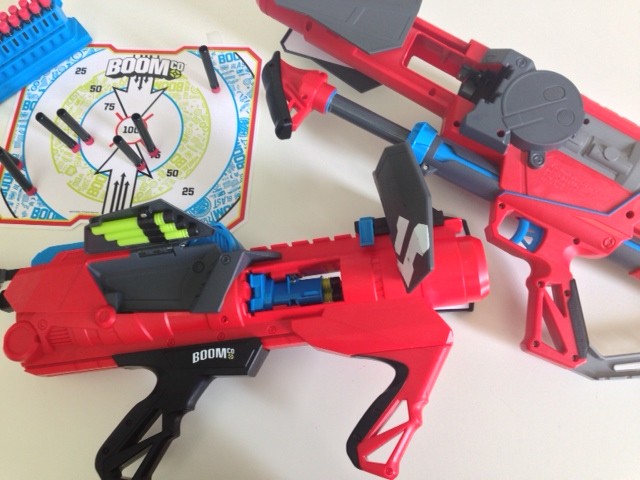 We got some presents in the mail from Mattel in the form of two Boom Co. blasters, so Dan and Victoria came into the podcast studio guns blazing. We spent a lot of time talking about them and shooting each other. We also talk about Batman: Arkham Origins, space dogs, and Glen tried a secret Mentos soda bomb experiment.

You can listen right here or as always, subscribe in iTunes.

For your Editors’ Picks this week Carolyn probably would have picked “not being sick” since she wasn’t feeling great yesterday, but Victoria felt fine, no thanks to Octodad.

This week my pick is Octodad: Dadliest Catch, which I’ve been waiting to play for ages and finally got a chance to pick up for cheap through the Steam Summer Sale. You play an Octopus who has successfully infiltrated human society and must work to hide your identity from your wife, children, and neighbors. Because I’m playing it on a macbook the controls are especially frustrating, but that’s sort of the point, because you’re an octopus with floppy tentacles who’s trying to walk like a man. While I’m not sure this is the sort of game you can grind at for hours, it’s a hilarious and inventive game that makes me feel good about humanity. Um. Octopusity.

Also? The theme song is magnificent.

Dan is cutting the cord and picking Hulu over traditional cable. 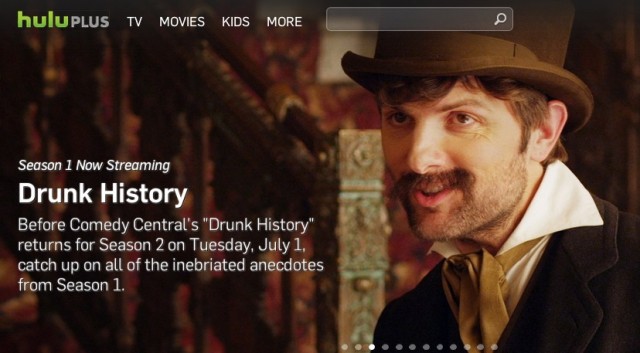 My pick this time is doing what I did last week: getting rid of your cable TV subscription and signing up for Hulu. And/or Netflix. Or Yahoo Screen, which apparently exists and is giving us the gift of a sixth season for Community, so there’s an option. It doesn’t actually matter which specific service you subscribe to. I just want to encourage people to move beyond cable, because it’s the future, but it’s not happening fast enough.

My pick this week is a documentary about living in tiny houses called Tiny.

Tiny is the story of Christopher Smith, a young man trying to build a tiny house. The documentary follows him as he tries to build a new home with almost no real idea what he’s doing. It also looks at the tiny house movement and interviews a number of other people currently doing what Chris has set out to do.

Although I have no desire to live in a 100 square foot house I do think there’s a lot to learn from the people who do about use of space, design, sustainability, and resource management. Plus it’s just fun to watch a guy who doesn’t know how to build a house try to build a house.

Thanks again to Mattel for the new toys. As always our theme song is “A Theme for Harold (var. 3)” by Kevin MacLeod.