Naughty Dog’s The Last of Us 2 trailer captured the hearts of women loving ladies everywhere when it opened its trailer with a great sequence that showed its heroine, Ellie, engaging in a kiss with another woman.

In addition to the kiss, the character beats and beautiful animation help to interest you in the characters before the game even begins. I had no idea what The Last of Us was before, but I’m very interested in it now for sure. I may not be able to play it (too many hangings for me) but it is awesome to see a lesbian protagonist in a game. Especially in a horror-survival game.

Fans are, of course, hyped about it and pointing out to the uninitiated, such as myself, that Ellie was already confirmed to be a lesbian in the last game and apparently kissed a girl there too. Plus, there are of course people who “don’t see any reason” why the kiss was shown in the trailer. Yup because it’s not like straight people ever have big damn kisses in trailers. Never … ever

so far the last of us part 2 has:
– an openly lesbian protagonist
– another confirmed wlw who is the protagonist’s love interest
– a trans man providing a voice and motion capture role of a major character

The homophobic and sexist response to The Last Of Us Part 2’s new gameplay trailer is a perfect example for why we need more LGBT+ and female representation in video games: pic.twitter.com/YbnE5wHmum

The other trailer that has people talking is Assassin’s Creed Odyssey. Not only is this a game series I actually really enjoy and the setting of Ancient Greece is especially awesome right, now considering I just finished reading Circe and the gameplay shows some amazing Greek settings. (That Prometheus statue, y’all!). In addition to just the visual excellence of this game, it was announced that in this newest addition to the Assassin’s Creed franchise, you can play as either a man or a woman.

Not since Pokémon Crystal have I been so delighted about this kind of news. According to information shared in the official walkthrough, Odyssey will be a “role-playing game that features branching storylines and conversation trees along with naval warfare and special moves like a Spartan kick”—we noticed that last bit guys, but still, you had me at role-playing game. The walkthrough says that you will be able to play as either the male character “Alexios” or the female character “Kassandra,” with the exact same storyline and gameplay possibilities. 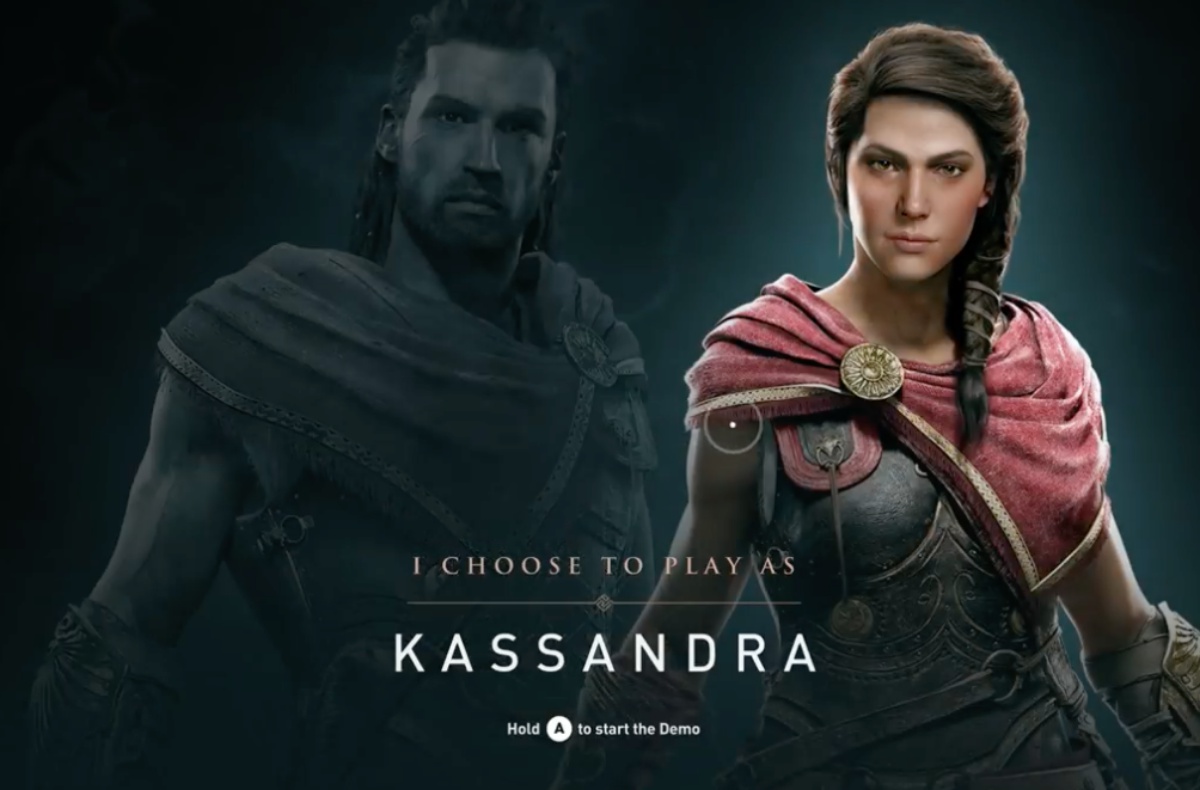 What I love about both of these games is how it is working to normalize these ideas. Now it seems silly that you wouldn’t be able to pick your gender in Pokémon, but I still remember how excited I was to play Crystal because of that (and also because 2nd Gen Pokémon are the best). Seeing more LGBTQIA+ characters in games and more women in non-sexualized lead roles will help make this sort of thing the norm and no longer something worthy of being headlined.

What do you think of the trailers for Assassin’s Creed Odyssey and The Last of Us 2—will you be playing?

Assassin's CreedLGBTQIAThe Last of Us 2