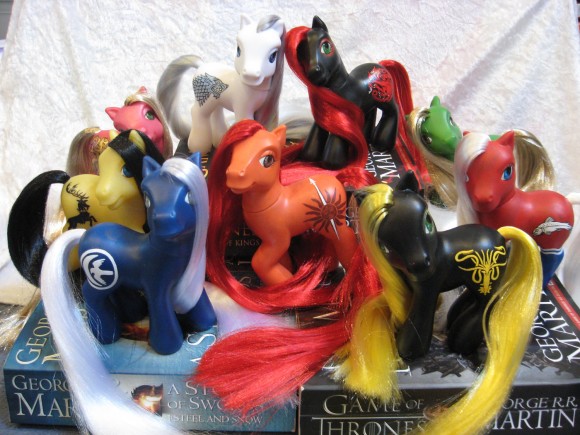 The Dothraki horde wouldn’t know what to do if they saw this army marching toward them. Etsy user AssassinKittyCustoms created a set of 9 ponies emblazoned with the Game of Thrones house sigils on one side and their mottos on the other (ex: Winter Is Coming, We Do Not Sow). But you better have some of that famous Lannister gold handy; the entire set will cost you close to $500.