Nudity On Game Of Thrones? One Actress Has Had Enough. | The Mary Sue

Nudity On Game Of Thrones? One Actress Has Had Enough. 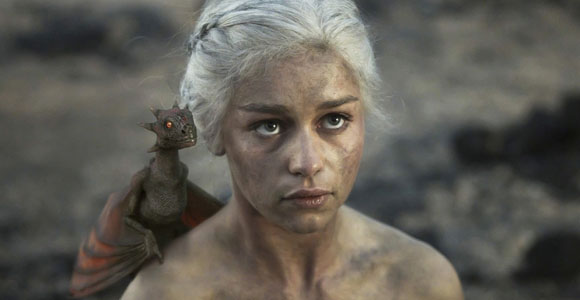 A Game of Thrones actress has just revealed one of her fellow cast members is tired of getting naked on the hit HBO series.

If you watch Game of Thrones, you know it’s a common occurrance to have women walking around completely naked, and far less so, men. Previously, actress Natalia Tena had commented on this. “I think it’s really unfair, every actor, any actress has had her t-ts out. Every single actress I know,” she said. “Blokes it’s like, let’s see some @#$!. Do you know what I mean? Let’s make it more even.”

But Tena said she has no issues doing a nude scene if it’s called for and speaking with the Telegraph, Oona Chaplin, who plays Robb Stark’s wife Talisa on the series, agreed.

“If it’s done in a beautiful way, in a way that honours the female form, then I’m always happy to see it,” she told them. “The objectification lies in the eye of the beholder, just like beauty. I’m really comfortable getting my kit off, so, if they want to, I’m like, ‘yeah, bring it, I’m naked, no problem.’”

But not all of the women on Game of Thrones feel that way. Tena said, “One of the girls in the show who got her kit off the most in the first couple of seasons now doesn’t at all because she said, ‘I want to be known for my acting not for my breasts.’”

Tena refused to say which actress she was referring to but many have assumed it’s Emilia Clarke, who had a long stretch of being clothed before the most recent episode, and who’s faced issues getting nude on stage in Breakfast at Tiffany’s. But it could just as easily be any number of women on the series.

This conversation speaks to the larger trend in Hollywood, something we were discussing earlier as it pertains to Star Trek Into Darkness. What do you think about the nudity on Game of Thrones?