Gal Gadot Shows Off Her Guns, Could Probably Take You, So Let’s All Shut Up About Her Not Being Tough Enough, K?

Do you have your tickets for the gun show? 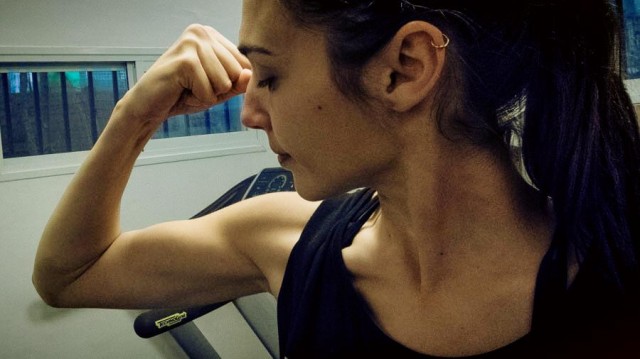 Remember when Gal Gadot was announced as Wonder Woman, and a bunch of jerks whined about her not being tough enough to play the part despite having been an actual soldier in the Israeli Army? Well she’s been hitting the gym–a lot–and she showed off her progress on Facebook.

Gadot is already looking ready to take on the world, but since Man of Steel 2 has been pushed back to 2016 she has plenty of time to keep working. Considering her regimen consists of kickboxing, Kung Fu, swords, and more it’s pretty clear she’ll be ready to play an Amazon.

I’m sure Gadot would be willing to graciously accept your apologies on her Facebook page.

(Gal Gadot on Facebook via Nerdist, image via Gal Gadot)