Gal Gadot Speaks on Wonder Woman Casting, and We Think Something Got Lost in Translation

We're pretty sure it's not breast size that makes people concerned that she's too skinny... 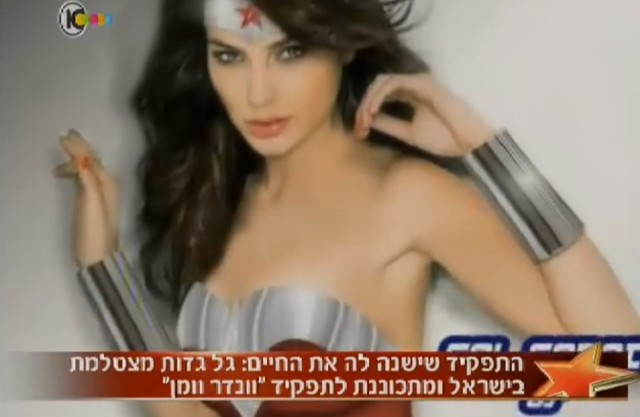 Gal Gadot has finally done her first interview on the subject of her Wonder Woman casting. Unfortunately for us, it’s an Israeli interview, so the whole thing is in Hebrew, but if the translation is accurate, the guy conducting the interview completely misunderstands the issue people are having with Gadot as “her boobs are too small.”

If you’ve somehow missed the entire thing, fans have taken issue with the fact that a woman who fits Hollywood’s current skinny girl body type was cast as such a powerful female character. Many of them would have preferred a bulkier, more muscular Wonder Woman.

Thanks to a reader on Batman News, we’ve got a translation for some of the Interview questions for you, and that’s where things get a little… odd. Here, see for yourself:

It’s been said that you’re too skinny for the part. Wonder Woman is large-breasted, is that going to change?

Hmm. I represent the Wonder Woman of the new world. Breasts… anyone can buy for 9,000 shekels and everything is fine. By the way, Wonder Woman is amazonian, and historically accurate amazonian women actually had only one breast. So, if I’d really go “by the book”…it’d be problematic.

So you’re not going to gain a little weight and start eating carbs before filming begins?

Somehow, either this translation isn’t accurate, or the interviewer for Israel’s Good Evening with Gai Pines honestly believes that the public outcry is due to worry that Gadot can’t make Wonder Woman chesty enough, which is pretty much the polar opposite of the problem everyone is having.

For Gadot’s part, we’re glad to see that she doesn’t get sucked into the criticism and sounds like she just genuinely wants to do the best she can personally do with the character and let that speak for itself.

Here at Geekosystem, we’ve had a few discussions on the topic, as we’re all for strong women, but we don’t necessarily think that makes it OK to say that Gadot can’t make the character into a good role model in her own way.

Either way, we’re excited to hear that she’s already begun training in martial arts for the role, because we’d really like to see Wonder Woman mix it up with Batman and Superman on the big screen, and we’re pretty sure everyone can agree on that.

For those of you who understand Hebrew, here’s the full interview:

(via The Wrap, image via BatmanNewsCom on Dailymotion)