What is this? Why is this happening? 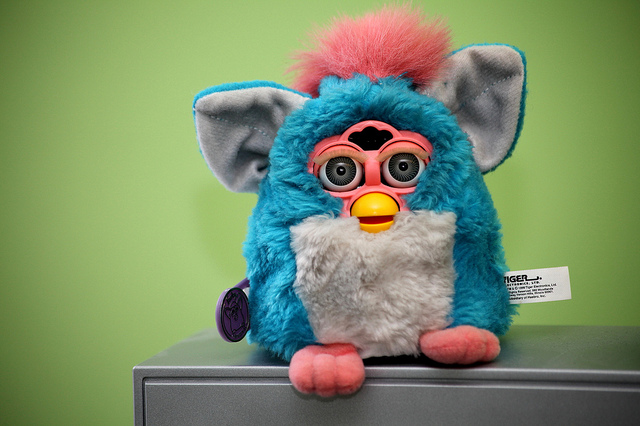 Remember back in the ’90s when everyone went crazy for those darn Furby toys? It was Furby Mania and you were deemed uncool if you couldn’t get your hands on one. The Hasbro team even resurrected the toy this year with their Furby Connect, which you can actually connect to your smart device. This time, however, the furry creatures dance along to the music you’re playing, and are automatically updated through an app. Neat, right?

Bob Weinstein thought so. He says his company is turning that beloved toy into a movie, much to my (and likely everyone else’s) horror. “I’m rolling the dice and playing for hits,” he said, according to GeekTyrant. I would be shocked but we’re also getting a Trolls movie. We don’t have any more details and I’m unsure whether or not this was a joke, but the thought of Furby becoming a movie has me breaking into a cold sweat. What would it even be about?

No additional details have been released, but a few Mary Sue staffers did recall some of their childhood experiences with the toy. “A friend of mine had one and I was like, ‘NO FUCKING WAY,'” editor Maddy Meyers told me. Contributor coordinator Sam Riedel, on the other hand, wasn’t that impressed. “I had one that I coveted mightily and then was immediately bored by,” she said. “It mostly just sat on my dresser.”

What about you all? Did you have a Furby as a kid? Would you go see a movie based on the toy?

(via GeekTyrant, image via Amanda/Flickr)