Back in August the Internet exploded with pictures of an attempt at restoring a Spanish fresco that depicted Jesus called Ecce Homo or Behold the Man. The attempted restoration was done by an 80-year-old woman named Celia Gimenez. She is now widely considered to be the worst, but it hasn’t stopped her from painting, and now Celia Gimenez just sold a painting on eBay for $1,421. What are the chances she’s really Banksy? 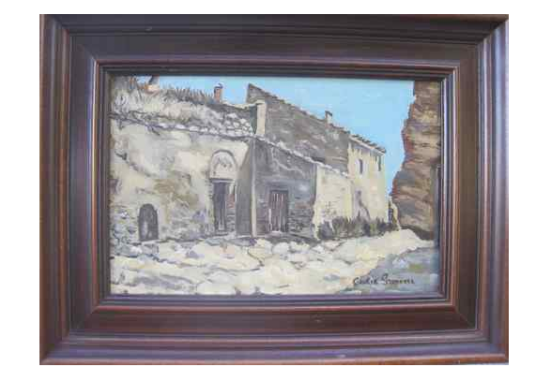 It’s certainly not the worst painting we’ve ever seen, although the restoration of Ecce Homo might be. There’s obviously a big difference in expectations from an 80-year-old woman painting wine cellars in her free time, and that same woman taking it upon herself to tackle the restoration of a 19th century fresco of Jesus, so we shouldn’t judge Las Bodegas de Borja too harshly.

The price for the painting more than tripled over the course of the auction, and the money will be going to the Catholic charity Caritas. Might we suggest instead using the money to help pay for the proper restoration of that fresco you ruined?