The French Language Now Has Its Own Word For Sexting: “Textopornographie” 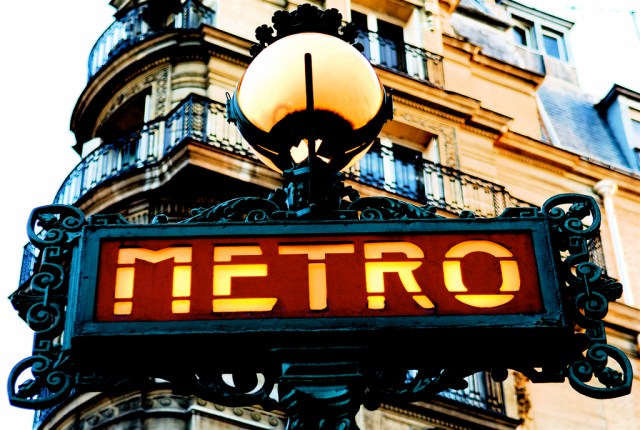 Languages borrow from each other all the time — English, for example, is mostly an amalgamation of Latin, German, French, and Norse. The French language, though? It’s not having any of that cross-contamination stuff. So when new technology words float over from the English language, French likes to shut it down by making up their own versions.

So who’s responsible for these new words? The L’academie Francaise, specifically their General Commission on Terminology and Word Invention (also known as the Commission Générale de Terminologie et de Néologism, which we’re sure they would probably prefer to be called because French). This body of government was first established in 1635 by Cardinal Richelieu to “to give exact rules” to the French language, and is made up of 40 members who call themselves “immortals” and wear rather silly uniforms when congregating. Sorry, wait, this is starting to sound like a Twilight novel. Are we sure these people aren’t just vampires?

Anyway, since most technology vocabulary is not created with the French in mind, les immortels  have to work overtime to make sure these new words don’t infect the French language with their non-Frenchness. That’s why when you were taking languages in high school, all the Spanish kids had it easy with “la computadora,” and you had to remember “l’ordinateur.” This year, instead of “sexting,” the French would like you to kindly use the word “textopornographie.” Instead of the noun “sex text,” a “textopornographique” or “sexto” would be more sufficient.

Other non-tech words have been changed as well — the method by which pedophiles select and train their victims is not called “grooming” anymore, it’s “pédopiégeage;” a prenuptial agreement is now “l’accord prénuptial;” and “vidéoagression” will now be used to denote “happy slapping,” which is apparently this thing where you go up to a stranger and punch them for no reason just to get it on camera. Come to think of it, we like the French word for that better. It’s less cutesy.

Yeah, these new versions are a lot wordier, but surprisingly, a fair number of French citizens do comply and adjust their vernacular accordingly. For example, when the phrase “LOL” was replaced with “MDR” (which stands for “mort de rire,” or, loosely, “dying of laughter”), a whole bunch of people switched over to the new saying — at least, according to one Professor at the University of Surrey who spoke with Metro. They’ll still know what you’re talking about if you LOL at them, of course, but it’s less about being clear and communicative and more about — well, being French. Obviously.

Weirdly, it would appear that the French do not yet have a word for “twerking.” That gives us an odd amount of hope for the future.