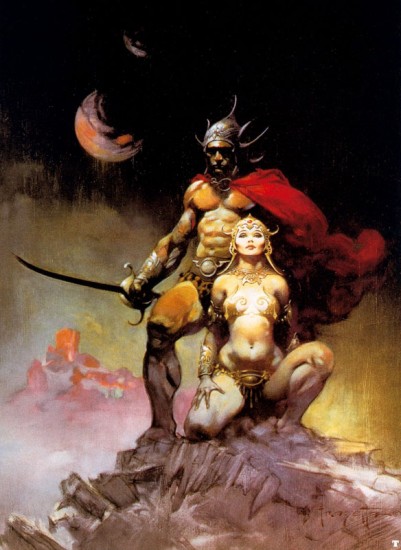 Frazetta was a master of fantasy art whose epic book and album covers featuring well-muscled warriors and beautiful goddesses were thrilling enough to make anyone who looked at them want to run out, grab a battle-axe and a loin cloth, and stand atop a mountain somewhere.

Unfortunately, today came the sad news that Frazetta has died of a stroke.

Frazetta first made his mark working on some of the big titles in the EC Comics line. However, his most famous contributions began in the 60s when he painted beautifully realized book covers featuring the likes of Conan the Barbarian. In later years his art was used to create indelible album covers for hard rock acts like Molly Hatchet. His work has made a lasting imprint on the world of fantasy illustration and his influence will be felt for years to come.

(AV Club via The Beat)

Frazetta’s famous “The Death Dealer” was used as a Molly Hatchet album cover. 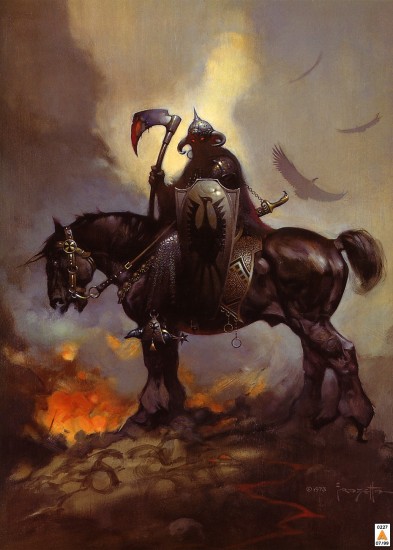 This painting was used for the cover to the novel, Conan the Usurper. 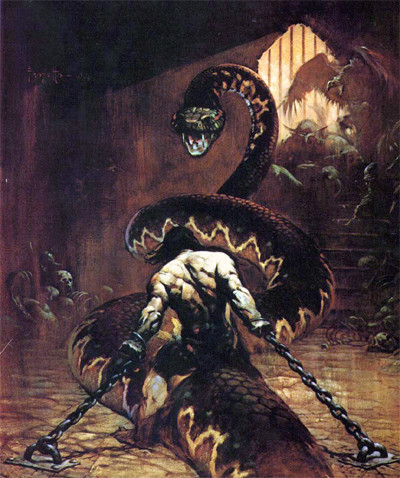 This terrifying painting is called “The Flesh Eater”. 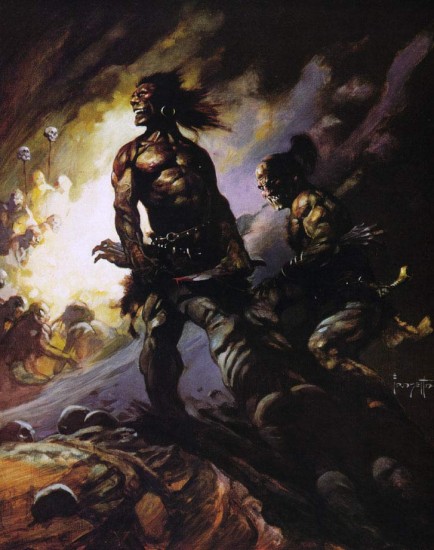