Foxconn Broke Child Labor Laws by Hiring Underage Interns, Nobody All That Surprised 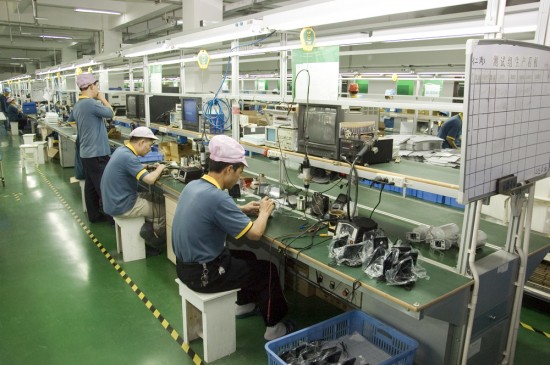 The amount of labor violation accusations that come out of China isn’t something new. As long as there have been factories in the country, accusations have been the norm. From time to time, these even pan out. Accordingly, Foxconn has now admitted that they “accidentally” employed interns under the age of 16 — the legal working age in the country — after an internal investigation at their Yantai factory. That’s what happens when your company gets workers shipped to them from local educational institutions.

This whole revelation shouldn’t be all that surprising, though. This is the same company that pressured a brain-damaged employee to leave the hospital. Labor violations are probably the least of their concerns. Well, until those labor violations start to receive some attention from the press, then Foxconn is just as horrified to learn about the flagrant breaches as anyone else.

Ultimately, the blame falls on the schools for even sending underage folks to the factories, but Foxconn is also responsible for the fact that they didn’t even bother to check their identification to find out if they were underage or not. The precise screening process for allowing workers into the factory suddenly doesn’t seem all that discerning. Either their ages were overlooked or they weren’t checked in the first place. Either reason is equally horrifying.

Foxconn receives a lot of international scrutiny by being involved in the manufacturing of Apple’s host of products. Things like massive riots at their dormitories don’t go unnoticed. One might think they’d be more careful because of this, but instead they appear to swiftly apologize whenever some injustice is uncovered. That’s something, at least.