That is a lot of derivations. 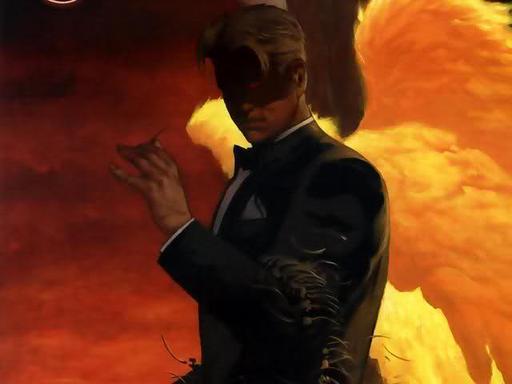 Looks like Fox is ready to give NBC’s Constantine a run for its Judeochristian demon-snagging, DC Comics-inspired money. But instead of a Billy Idol lookalike demon hunter, they’re going for a David Bowie lookalike demon king. Err, demon piano bar owner. Whichever he feels like, man.

The Mike Carey-penned comic series in question is inspired by a version of Lucifer from Neil Gaiman’s Sandman, who moves to Los Angeles to run a piano bar after getting bored with Hell. Basically, imagine Lorne from Angel, but less green and more lawfully evil. He’s not a hero by any stretch of the imagination and owes a lot of his personality to John Milton’s Paradise Lost, but for a lot of comic readers that makes him all the more compelling. (Personally I’d love for them to add in a bit of The Wicked + The Divine‘s version of the character in there, too, but that’s a completely different franchise. Still, though. Could you even imagine how rad that would be?)

Anyway, the pilot will be produced by Warner Brothers television and Tom Kapinos, who worked on Californication with Showtime. Not sure how they’ll be able to make this into a network-friendly live action show, though, and considering that they’ve already got Constantine, The Flash, Arrow, and Gotham this season with a Supergirl and Teen Titans (oh, and that Hour Man thing—whatever happened to that?) reportedly on the way, it sort of feels like DC is throwing all it can onto TV and seeing what sticks. Which I guess is okay. More for us, right?