Is “Sanvers” Doomed? Floriana Lima Returning to Supergirl Next Season … But In a Limited Capacity 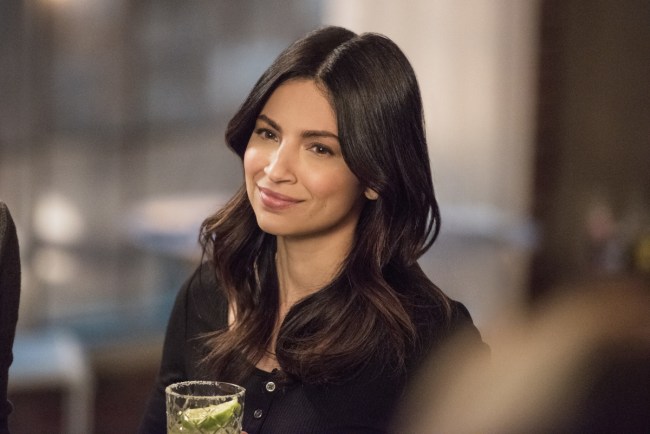 One of the best things to come out of Season 2 of The CW’s Supergirl is the relationship between Alex Danvers and Maggie Sawyer (lovingly dubbed “Sanvers” by fans) after Alex’s beautifully-crafted coming-out story. The season ended with a marriage proposal … without a definite answer. Now, we have word that while Floriana Lima, the actress who plays Maggie, will be returning to Supergirl next season, her involvement will be limited and she won’t be a series regular.

According to a statement, Executive Producer Andrew Kreisberg revealed, “We adore Floriana and have loved working with her to tell this inspiring story. Although she’s not available to us as a series regular next season, as she’s looking to pursue other opportunities, we’re happy she’ll be returning for multiple episodes in Season 3.”

There’s no word on exactly how many episodes “multiple” episodes means, and there’s certainly no word on what that means for Alex and Maggie’s story.

However, this doesn’t have to mean the end for them. All this means is that she’ll remain a recurring character rather than being bumped up to a regular, which will allow her more flexibility while still allowing her to take part in the show. It’s totally understandable that an actor doesn’t want to be pigeonholed into one role, especially if they’re really just getting started. A part of me hopes that Maggie will continue to be a part of Supergirl and Alex’s life even if she has to pull a Calista Flockhart and only do a few key episodes a season.

Then again, Maggie is the first woman Alex has dated since she came out. Perhaps it would be good for Alex to actually experience dating while LGBTQIA? Perhaps them breaking up would be something that would allow Alex’s character to grow. It would also allow the introduction of more female LGBTQIA characters (though there’s really no excuse why that couldn’t happen anyway. Just sayin’).

As long as they don’t kill Maggie off, we’ll be all good. Got that, CW? Don’t do it. Don’t even think about it. Berlanti, don’t even entertain it in the writers’ room. Seriously. Do. Not.

What do you think? Should “Sanvers” go on indefinitely? Or would you be okay and even happy to see Alex have other relationships? Let’s talk Supergirl in the comments below!