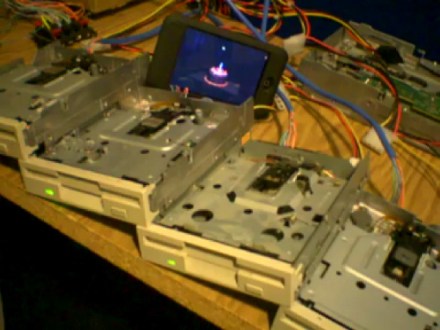 Floppy drives, one of the many forms of digital storage to become completely obsolete in the past decade or so, have one final use up their collective sleeve: They can play music in a way that is amusing to audiences that are familiar with with what floppy drives were originally used for. That is to say, in a few years, kids won’t find this amusing because the only frame of reference they’ll have is videos of floppy drive songs. But I digress. The joke is that the floppy’s are singing “Still Alive” when they are an entirely antiquated storage mechanism. Haha! Also it is Portal reference; the kids love those. Huzzah!

Tape of the performance after the jump. What? No one uses tapes any more either?!