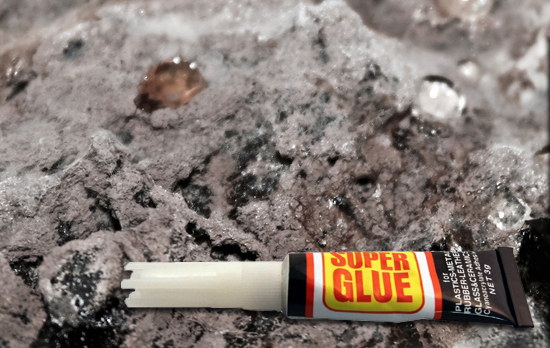 Flesh-eating bacteria just sounds evil. It’s known in the medical world as necrotizing fasciitis, which sounds even more sinister. But what if something evil could be turned into something good? For example, biochemist Mark Howarth and his team at the University of Oxford have genetically engineering a disease-fighting “superglue” out of one of the microbes that can create flesh-eating bacteria.

In your face, necrotizing fasciitis! Or so Howarth’s work seems to say.

The nasty microbe itself is called Streptococcus pyogenes, or S. pyogenes (which they nicknamed “Spy”), and the protein Howarth’s team engineered is called FbaB. They split the FbaB in two: A larger protein which they call “SpyCatcher” and a smaller peptide which they call “SpyTag.” Together they create a powerful chemical bond, which can be used to glue other proteins together — such as those in the human body.

“We’ve turned the tables and put one kind of flesh-eating bacterium to good use. We have engineered one of its proteins into a molecular superglue that adheres so tightly that the set-up we used to measure the strength actually broke. It resists high and low temperatures, acids and other harsh conditions and seals quickly. With this material we can lock proteins together in ways that could underpin better diagnostic tests—for early detection of cancer cells circulating in the blood, for instance. There are many uses in research, such as probing how the forces inside cells change the biochemistry and affect health and disease.”

One possible application of this new superglue is the detection of “circulating tumor cells” (CTCs), which are cells in the bloodstream that spread like cancer seeds into other parts of the body.

While other molecular gluing systems exist, their Spy technology has an advantage over them, because it can glue proteins together at various points. “That flexibility allows us many different ways to label proteins and gives us new approaches to assemble proteins together for diagnostic tests,” Howarth said.

(via PhysOrg, images courtesy of Amazon, and Alex [Fino] LA on Flickr)